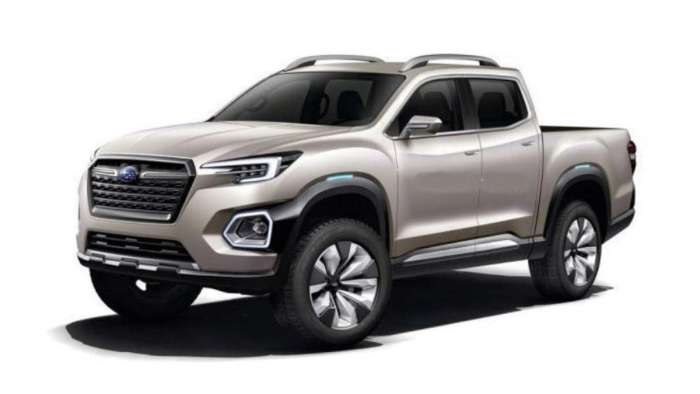 Forget about a mid-size Subaru pickup, what about a small Subaru Crosstrek-Baja all-wheel-drive truck? Would consumers buy it?
Advertisement

GM is also working on a new car-based compact Chevy truck with unibody construction. The vehicle is so far unnamed and is set to serve as a replacement for the Chevrolet Montana, a small front-wheel-drive utility vehicle sold in Latin America. So why not Subaru? 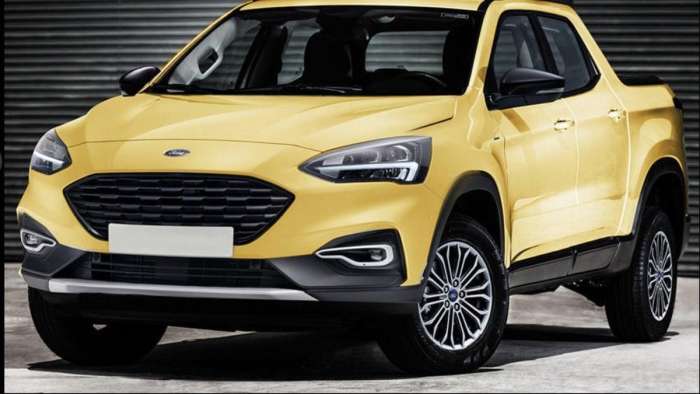 Why couldn’t the Japanese automaker take the new Global Platform that serves as the architecture for all new Subaru vehicles, and bring a new Outback-based small all-wheel-drive pickup? You might say they already tried that with the Brat (Bi-drive Recreational All-terrain Transporter) and the Legacy Outback-based Baja.

The Baja featured Subaru's great all-wheel-drive system, making it versatile in a variety of road and weather conditions and it was meant to appeal to young consumers with a taste for the active, outdoor lifestyle much like the Crosstrek does today.

Would you buy a compact Crosstrek pickup?

We don’t know why the Baja never really took off. It offered great fuel economy (up to 28 highway mpg), all-wheel-drive, and appeared to a young generation of buyers with active lifestyles, just like the Crosstrek. Baja lacked power but was offered as a fun turbo model in 2004 with 230-hp, but it had an unattractive appearance.

The small Baja pickup never sold well and had other flaws. There was no middle seat and it could only haul four people, and only a small portion of the rear bulkhead (the mid-gate) folded for cargo. The bed was small, and the ride height was only 7.3-inches but by the end of production was raised to 8.4-inches. Subaru dropped the Baja after the 2006 model year.

So why not use the Crosstrek as the basis for the new Subaru small pickup but don’t make the same mistakes. It would be the ideal size and could offer the same removable partition that expanded the Baja’s truck bed to nearly 7 feet. This time, make the opening as wide as the bed to accommodate a sheet of plywood or other large items. For power and towing, It could be offered with their new 2.4-liter direct injection four-cylinder boxer used in the Ascent. Will Subaru build a new Crosstrek-Baja small pickup to compete with the new Ford and Chevy mini-trucks? It’s fun to think about, but not likely.

You May Also Like: Should Subaru Build Ascent-Baja To Cash In On Mid-Size Truck Craze?