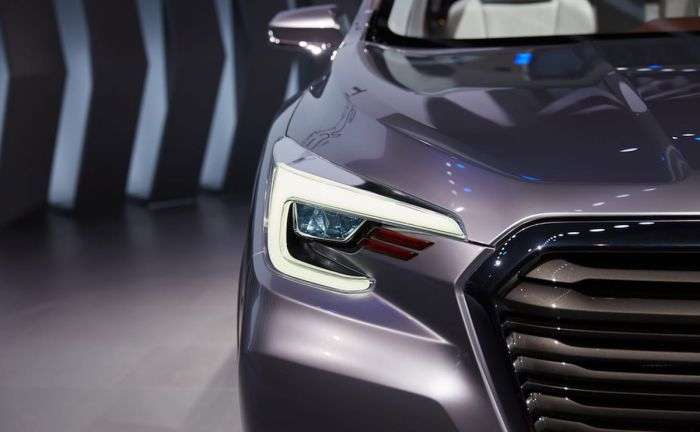 Should Subaru Build Ascent-Baja To Cash In On Mid-Size Truck Craze?

Will Subaru build an Ascent-based Baja mid-size pickup to compete with the Toyota Tacoma, and Chevy Colorado? It’s not likely.
Advertisement

The mid-size pickup market is hot and Subaru doesn’t have an offering in this segment for consumers. Should they build a new truck to compete with Japanese rivals Toyota Tacoma, Nissan Frontier and Honda Ridgeline and GMC Canyon and Chevy Colorado? Then there are new models coming with the Ford Ranger and a new Jeep Wrangler-based pickup due in 2019.

Subaru could build a new mid-size pickup to compete in this popular segment, but should they? Subaru has created a niche market with their all-wheel-drive small wagon, SUV, and crossover, Outback, Forester, and Crosstrek. They are setting new records every year and they’ve got a good thing going.

Remember the Subaru Baja compact pickup? Subaru unveiled the first model in January 2001 at the North American International Auto Show. The Baja was the spiritual successor to the smaller Brat pickup, and like the Brat, Baja was based on Subaru’s wagon platform. But Baja had some serious issues. The small Baja pickup never sold well and had some flaws. There was no middle seat and it could only haul four people, and only a small portion of the rear bulkhead (the mid-gate) folded for cargo. The bed was small, and the ride height was only 7.3-inches but by the end of production was raised to 8.4-inches.

Subaru doesn’t need to resurrect the Baja as it was, but they could still use the nameplate and build a new Ascent-Baja mid-size pickup. Like Baja that used Subaru’s wagon platform as the vehicles starting point, the Japanese automaker could use the new Ascent SUV as the mid-size trucks launching platform. Cut off the back, make a few exterior design changes and you’ve got a good-looking 4-door Subaru all-wheel-drive truck for Americans. It could be manufactured right alongside the new Ascent 3-Row family hauler in Indiana. It could be offered with their new 2.4-liter direct injection four-cylinder boxer.

Slotting a smaller pickup into a lineup is tricky. Subaru would need to build in on the bigger Ascent platform with weight-saving materials and fuel-economy technology, that could push the price up too high. Subaru is a small automaker compared with its large competitors like Nissan, and Toyota who produce the popular Frontier and Tacoma pickups.

Subaru Corporation has limited resources and they only have so much extra money for R&D to go around. Subaru has been focused on developing their new global platform, their Ascent 3-Row SUV, they have a new plug-in hybrid coming later this year, and they are developing all-electric technology and it's stretching their resources thin. Will Subaru build a new Ascent-Baja mid-size pickup to compete with the Toyota Tacoma, Chevy Colorado, Nissan Frontier, Honda Ridgeline, and new Ford Ranger? It’s fun to think about, but not likely.

Ed B wrote on April 20, 2018 - 9:22am Permalink
I concur Denis and suspect Subaru will stay in their lane. In addition, the Subaru competitive edge (AWD) is standard for most of the competitors in that space. As you note, Subaru is still a relatively small brand and the resources needed would out way the sales projections in all likelihood.
Dups wrote on April 20, 2018 - 3:15pm Permalink
If they build one in diesel for the NA market, that would be a winner. I would sell my 4 runner and buy one in a heart beat.
Big Engines wrote on April 21, 2018 - 6:02am Permalink
It will be a smart move from Subaru if they make Ascent as Pickup, will to me it's Crossover Pickup not traditional Pickup but there is Honda Ridgeline and also in 2020 will see Hyundai Santa Cruz Pickup those two Pickup will have Unibody chassis not Body on Frame, same thing will not have Low Range, I don't think that Subaru will built a Pickup in different platform they will take any Subaru cars and make it as different category same what happen from Impreza to XV/Crosstrek and Legacy to Outback, so i think if Subaru want made a Pickup will take Ascent as better car for Pickup category, lately there are many people how don't want to own a traditional Pickup that high capabilities on offraod and tow but will not become too comfortable and be good for daily use, cause most traditional Pickup is very annoying for uncomfortable suspensions and also not uncomfortable seats especially in Mid-Pickup (most Full size Pickup is better comfortable in suspensions & seats), which some people why leave the traditional Pickup same as Toyota Tacoma, Nissan Frontier, GMC Canyon and Chevy Colorado to buy Subaru Ascent Pickup, Honda Ridgeline, Hyundai Santa Cruz Pickup, there is a study that many Pickup owners not use their Pickup purposes most the time which give the idea to Honda to keep making Ridgeline until now! which is by the way getting good sales numbers! Honda Ridgeline beat GMC Canyon in sales figures for 2017, so there is a high chance to Subaru to succeed in this category cause i believe Subaru Ascent Pickup can beat Honda Ridgeline in sales cause the X-Mode so it's so import for Pickup owners also can beat Ridgeline by IIHS crash test to become Subaru Ascent Pickup in 2019 TOP SAFETY PICK to earn 2019 TOP SAFETY PICK+, i will not be surprised if Subaru got it but that depends if Subaru was smart and entered this category or was Subaru is stupid and leave this category for good :\ The only problem i think make some people not to buy Subaru Ascent Pickup that Ascent Pickup is the only Pickup in NA market have CVT!
Rajame wrote on August 18, 2018 - 8:59pm Permalink
For our sake build it. Needs to be out before everyone else does. Boxer turbo please.
Brandon L wrote on October 22, 2018 - 1:15pm Permalink
i think they need to make a compact truck just put the awd drivetrain in a 2004 toyota tacoma the smaller body design but with toyotas 2.8-liter 4-cylinder diesel or the 2.7l inline 4, also a supercharged 2.7l inline 4, scrape the boxer engine. with independent suspension magnetic ride height adjustable shocks awd capabilities you'd have a radical capable rocket ship! i need a fuel efficient compact pickup to be able to go to the snow and handle 2 dirt bikes in the back. please make that for me and take my damn money!
Ed B wrote on October 22, 2018 - 7:11pm Permalink
Folks, don’t hold your breathe. Subaru’s days of thinking outside the box may be behind them. They are solely focused on making main stream vehicles these days. Sad to say but their success seems to be breeding mediocrity.
Will wrote on December 26, 2018 - 10:45am Permalink
If they would simply make it like an Isuzu Rodeo that had a removable hardtop on the rear so you could occasionally carry taller items in the rear cargo area, that would be perfect. No need for a long bed. Just a utilitarian cargo area instead of the third row in the ascent. Some place to carry appliances, dressers, mulch, paver stones, or an occasional deer. That's pretty much all I need.
TJ wrote on January 19, 2019 - 10:24am Permalink
I'm a 6'1'' / 220 lb guy who (If I could fit into one comfortably) would buy a redesigned (i.e. boxer engine / standard shift / direct 4WD - locking hubs / 8.5" clearance / 4-5' bed with cover panels / etc.) in a heartbeat. It would be a great (I think VERY competitive) alternative to a Jeep. Subaru should put a concept Baja out there (with some additional elbow and head room) and see what the response is.
MJ Schirmer wrote on November 5, 2019 - 1:25am Permalink
No matter how impractical, Subaru should totally Build a better Brat out of the Ascent. I inherited an '85 Brat as a teenager and that was a great little truck- I don't care what anyone says. I joked with old friends when I got my Ascent, that it was really to cut the back off of and make a BajaBrat. Subaru - if you are listening, I would totally buy one if you built it.