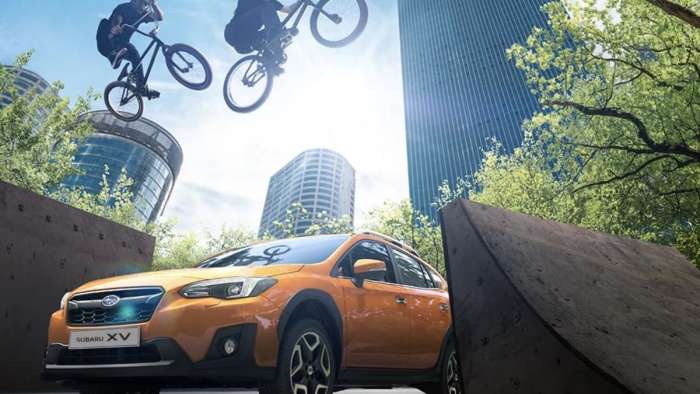 Subaru Did Something Right With Next-Gen Crosstrek

The second-generation 2019 Subaru Crosstrek is still raking up awards around the globe and gets another one from Russia where the small SUV picks up Best Compact Crossover. Crosstrek (XV in global markets) is recognized as the best in the Compact Crossover category in the opinion of automotive journalists from Russia's only annual professional award, SUV of the Year 2019.

The newly-remodeled Crosstrek gets the win from Russia’s “Club 4x4” publication where it’s been the 14th year of giving out the accolades. Judges looked at over 100 cars that took part in the voting and are sold in Russia, and in the "Compact Crossover" category, in addition to the Subaru Crosstrek (XV), more than 20 models were presented.

Crosstrek comes out on top

Maxim Rakitin, editor-in-chief of the Club 4x4 editorial team said, “Subaru cars have created a legendary aura around themselves. And not just because the company has been around for 65 years, but because they always try to be as progressive as possible. Both buyers and journalists appreciate this combination.”

The compact SUV connects with urban-adventurers

Crosstrek is one of the brand’s newer models and has been around for just 8 years. The Japanese automaker designed the new-generation Crosstrek to connect with younger buyers with active lifestyles and it’s working. The second-generation model continues with what made it popular with urban-adventurers. It comes with 8.7-inch ground clearance, standard with Subaru’s Symmetrical all-wheel-drive, and now an off-road feature called X-Mode. Its “go-anywhere’ attitude attracts customers with active lifestyles who are buying the crossover to get away from civilization for activities like mountain biking, kayaking, camping and trail hiking in the backcountry.

Urban-adventurers get a compact all-wheel-drive SUV that’s comfortable for the city commute, fuel-efficient, gets enhanced active safety and is recreation-purposed. Subaru’s second-generation 2019 Crosstrek gets another win in Russia.

You May Also Like: Want The Lowest Cost-To-Own AWD CUV? Buy A Subaru Crosstrek

pmw786 wrote on May 20, 2019 - 3:57pm Permalink
when is the US market 2020 Subaru Crosstrek being released and will it have minor updates? heated steering wheel, power liftgate? etc Thanks in advance.