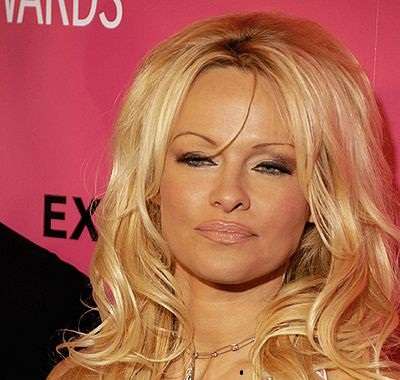 Pamela Anderson has had a passion for NASCAR and Formula 1 racing for quite some time, and it’s no surprise that she would want to own a race team in both sports.
Advertisement

Pamela Anderson has a long resume, she is a model, producer, activist, author, and actress best known for her roles in Home Improvement, Baywatch and V.I.P. She was even chosen as February Playmate of the Month for Playboy magazine in 1990. And now she can add owner of a personal race car team to that resume.

Pamela Anderson is a racing fan and has been seen at NASCAR and Formula 1 race events around the world. Now she has just launched her own personal race firm called Downforce 1 and announced she will have cars competing in the European Le Mans Series.

Anderson wants to take her passion for racing to a whole new level and is putting together a seasoned team of professionals to make the launch into the sport. In a recent interview at a NASCAR event, she said, "Fast Cars and Fast women go together and here we are surrounded by men, I love it.” Even though Pamela founded the team last winter, the Swiss Racing Team has 10 years of racing experience.

They will start the ELMS European Le Mans Series with an Aston Martin V-8 GT2 in the International GT Open. The car will sport a white and blue livery, which Anderson refers to as “her signature color.” Her new team is based in Austria and team members consist of Manager David Prewitt, Chief Marketing and Team Coordinator Markus Fux, Sporting Director Giulio Pucci, and Chief Engineer Gabor Csabi. Markus Fux, who raced some rounds of the GT Open last year, will be at the wheel with his team mate to be announced soon.

Partners in her racing venture will include Aston Martin Racing, Dunlop Tires, ICM (the talent agency that manages Anderson’s career) and People For The Ethical Treatment of Animals (PETA), of which Anderson has been an active supporter throughout her career. Anderson says, “I’m so proud of the Downforce 1 team. These gentleman have achieved the impossible and built up a team in just 4 months so I cannot wait to see my Cars on the Racetrack it's hard to believe until I see it.”

The press release reports Pamela is also expected to launch a NASCAR race team and have it ready for the 2013 season. Pamela herself has promised to attend at least one of the European GT Open rounds next summer, as long as it’s close to a beach.

Tesla Giga Berlin's New Hurdle: It's Not Only the Gov't, but Now Tesla Itself
Teslas Are Sold Out Until 2023, But The Timing May Reverse
END_OF_DOCUMENT_TOKEN_TO_BE_REPLACED