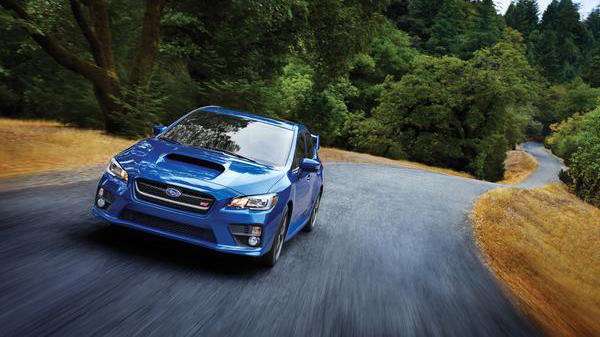 The 2017 Subaru WRX and WRX STI performance sedans are setting a dizzying sales pace before the 2018 models arrive. What’s next for WRX/STI?
Advertisement

The outgoing Subaru WRX/STIs are doing very well, but there's a lot more to come for 2018 models. Following the announcement that the refreshed 2018 WRX and WRX STI will get impressive improvements, the last of the 2017 model year vehicles rolled off dealer lots at a dizzying pace before the new models begin arriving later this month. That was case in both the U.S. and Canada.

Subaru of America reports WRX/STI sales were up 20.4 percent in May over the same period last year. Performance fans in the U.S. are snatching up the 2017 models at a fast clip before the newly-refreshed 2018 models arrive. Demand for the 2017 WRX/STI hasn’t slowed and are up 5.1 percent for the year. Performance fans aren’t waiting for the new models.

In Canada, the performance sedans saw even greater sales success with the 2017 WRX and WRX STI having the best May ever for Subaru Canada. The new 2018 WRX/STIs will also begin arriving up north later this month. The Subaru brand is doing well too.

More good news for the brand

There’s more good news for Subaru of America as they report record May sales. The WRX/STI’s stablemates Forester SUV, Outback wagon and Impreza compact are also red hot and each model had the best May ever in the U.S. market. The new Impreza is up a staggering 44.2 percent, Forester 6.3 percent and Outback is up 22.5 percent over last year.

What’s next for the WRX STI?

When the newly-refreshed 2018 Subaru WRX/STI arrives, sales should be brisk with the addition of new suspension, brake and interior upgrades. But Subaru of America has a lot more planned for the high-performance WRX STI sedan. The big announcement is the launch of a new 2018 WRX STI Type RA NBR Special Edition production model. Stay tuned.

For Some Former Daimler Managers Daimler Is Authority, While Tesla Is Like a Startup
How Daimler Unintentionally Subsidizes Tesla Giga Berlin
END_OF_DOCUMENT_TOKEN_TO_BE_REPLACED