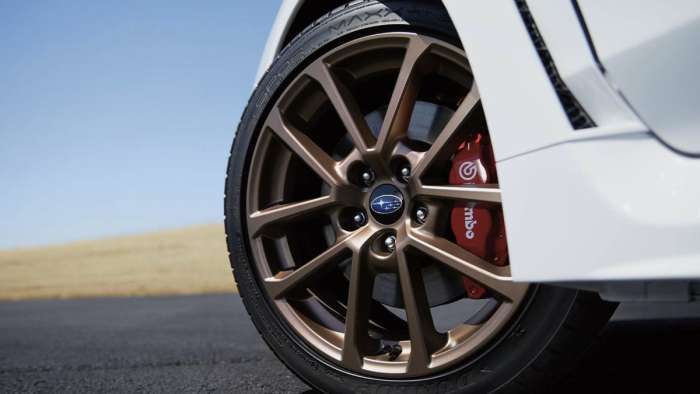 The next-generation 2022 Subaru WRX STI could get up to 400 horsepower, but what about the stopping power? The new STI won't make its reveal for another year, but we get a preview of what Brembo has planned, and possibly Subaru will use it for the STI's brake performance. A new report from Wards Auto says three new Brembo brake technologies are now developed and ready for cars like the performance-tuned 2022 Subaru WRX STI.

Subaru is developing the redesigned STI now and could fit the performance sedan with the newest high-tech Brembo brakes, although it has not been confirmed by Brembo or Subaru. How would you like the STI's brakes to adjust automatically to the outside temperature and auto-tune to match your driving style? 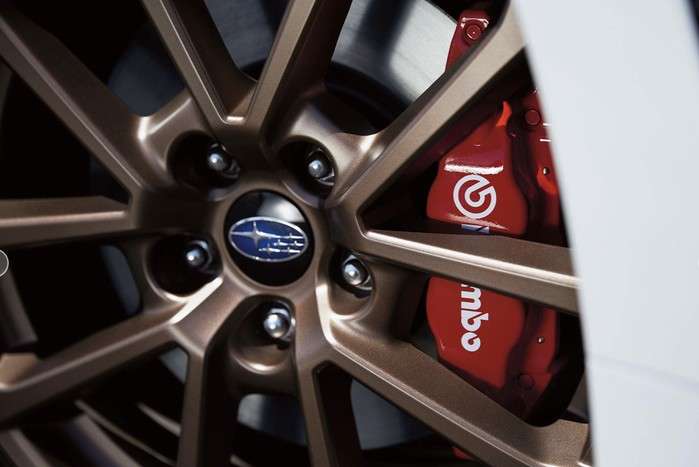 Brembo’s new "brake-by-wire" system can do it by auto-adjusting how the brakes operate depending on information (such as weather conditions) that the system receives from the car or outside infrastructure.

Alessandro Ciotti, Advanced R and D Director of Brembo, says the new brake-by-wire setup can respond up to five times faster than similar systems from other companies. If Subaru adopts Brembo's new software, they would implement changes in how the STI's brakes operate, including tuning the characteristics to match your driving style. 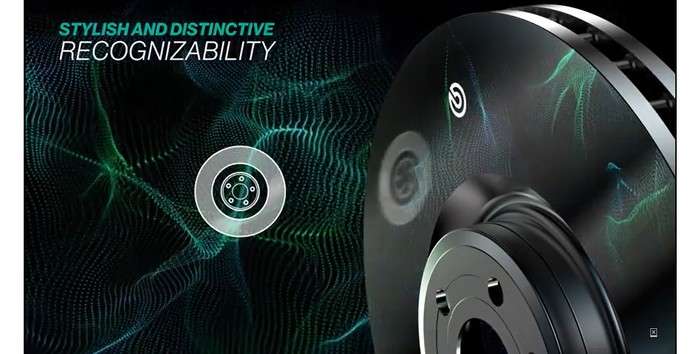 Have you ever let brake pads get too thin and they ate the rotors? Brembo has another solution to help you can quickly check the condition of the pads. When the Brembo logo wears off (pictured above), you'll know it's time to replace them.

The next-generation Brembo brake discs will use a new coating layer made up of tungsten carbides called Greentive. It offers reduced wear and brake dust, and the high corrosion resistance lower-environmental-impact brake system mates with Brembo's lightweight and dual-cast discs.

Brembo is launching another new product called Enesys, or Energy Saving System. The patented technology is a new generation of brake springs designed to reduce residual torque by allowing the brake pads to ultimately return to their initial positions in the caliper after use. The latest -generation Brembo system reduces small amounts of friction that could be generated by the pads touching the rotors.

Brembo's new-generation brake technology has not been launched yet, but would be an excellent match for the higher-performance 2022 Subaru WRX STI. Performance fans will have to wait until the sports car arrives late 2022 to see if Subaru uses the high-tech brakes.

Update: The new technologies recently introduced by Brembo (Greentive, Enesys and brake-by-wire) have not been launched or associated with any car manufacturer specific make and model.

Tom wrote on September 26, 2020 - 9:38am Permalink
How many brake pads does this car have? I also assume you are hiring a proof reader judging by the number of typos in this "article".
Nikolay wrote on September 26, 2020 - 1:27pm Permalink
Look at the picture were the three panels meet. It's completely misaligned. Promo picture and they can't even make sure the panels fit...