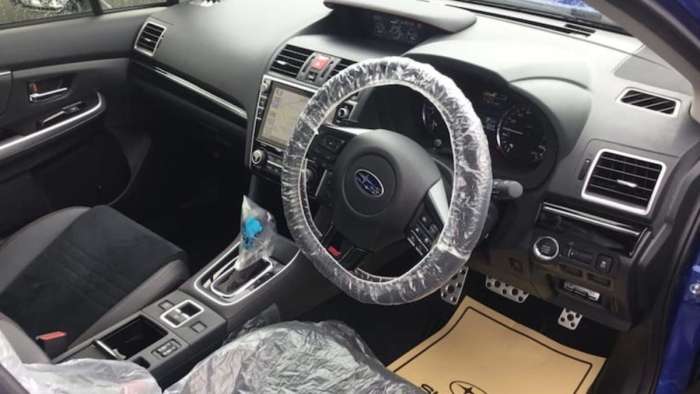 The next-generation is coming spring of 2021, and we get details from an image of the new Levorg, revealing what the interior will look like. Check out all the leaked images here.
Advertisement

We have talked about the next-generation Subaru WRX engine, and arrival date of the new performance models, but not what interior upgrades the new-generation WRX and STI will get. Thanks to an image of the second-generation Subaru Levorg sports wagon from Japan, we are getting an idea of how the new 2022 WRX and STI cabin will look.

Creative311.com, a Japanese website, obtained a new Levorg brochure and published the interior photos. We found the image above on Subaru's Facebook page. The images reveal the latest technology and upgrades coming for the next-generation performance car. We can see a new digital instrument cluster with navigation integration as part of the Starlink infotainment system. 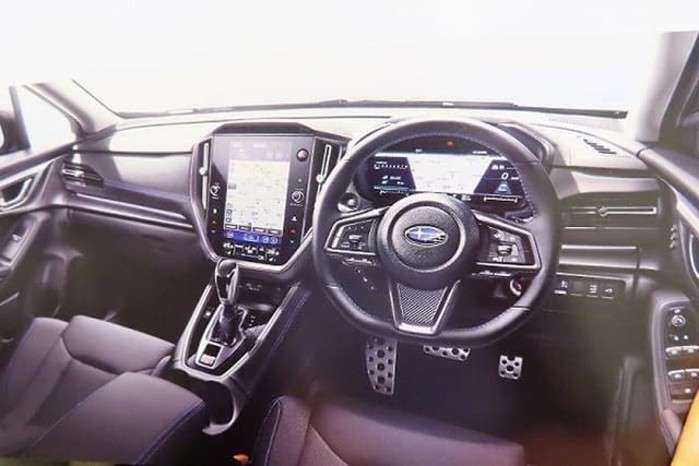 The new WRX will also come with a large tablet-style touch-screen borrowed from the newly-remodeled 2020 Subaru Outback. The old hard buttons are going away, making way for the new multi-media interface that will also offer Apple Car Play and Android Auto integration. Knobs still control the radio volume and tuning.

The second-generation Levorg images reveal the old hand brake is gone and replaced by a space-saving electronic brake located behind the gear shift. The storage bin has been moved forward with two cup holders directly in front, and the A/C vents repositioned. There is also a new chrome accent trim that runs the length of the dashboard. 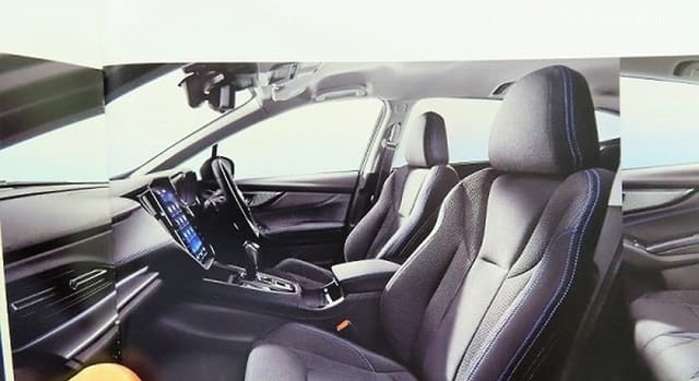 It’s not a surprise the next-generation Subaru WRX and STI will get new technology inside, but we don’t know what’s going to be under the hood. The latest rumors say the STI is getting the new FA24 2.4-liter direct-injection turbocharged Boxer with plenty of upgraded internals from Subaru Tecnica International for added horsepower.

The WRX could get the same powerplant but de-tuned, or a new Levorg-sourced 1.8-liter direct-injection turbocharged Boxer with more horsepower than the current generation performance sports car.

The next-generation 2022 Subaru WRX and STI will likely get a very similar-looking cabin as the second-generation Levorg sports wagon. The new 2021 Subaru WRX will make its world premiere sometime in April 2021. Stay tuned.

You Might Also Like: The Subaru WRX And STI Are Now The Fastest-Selling New And Used Sports Car in North America

ALS wrote on August 10, 2020 - 9:27pm Permalink
UGH! Why do they insist on forcing this awful iPad crap on us. Who wants to fiddle with a laggy touchscreen when trying to turn the AC on? And imagine that thing breaking down (which tech always does frequently) while driving through a desert. Boom, no AC for you!
Adam wrote on August 11, 2020 - 11:55am Permalink
Slightly confused...isn't the Levorg based on the Legacy? Previous generations of the Levorg interior don't match up with the Impreza WRX/STI interiors so where is the information coming from that these would be shared with the new generation? Source for rumors on the 1.8 / 2.4? Genuinely curious where some of this information is coming from.
Adam wrote on August 13, 2020 - 11:21am Permalink
As always, Dennis, your ability to respond to readers and verify your sources is awe-inspiring. Does anyone that actually manages TorqueNews check these articles for quality or verification?
Mau wrote on August 11, 2020 - 4:47pm Permalink
The current Levorg uses a small electronic handbrake (at least in Asia) behind the gear box so I think this comment by the writer is wrong - "the 2nd generation Levorg got rid of the old hand brake and replaced by a space-saving electronic brake located behind the gear shift."
Michael Smith wrote on August 11, 2020 - 8:23pm Permalink
From the pictures it almost looks like it's an automatic.... That can't be.. Who in the world wants an auto WRX?
Bill wrote on August 12, 2020 - 3:33pm Permalink
It's a very popular and slick option actually, they come fully loaded and are lots of fun to drive.
subaruguy wrote on August 24, 2020 - 1:41pm Permalink
Why would you put a huge glareboard tablet like that? Please stop this now.
Michael wrote on September 15, 2020 - 10:32pm Permalink
My most fervent hope for the new WRX/STI: that it has improved steering feel. Steering feel on on my 2017 WRX is atrocious.