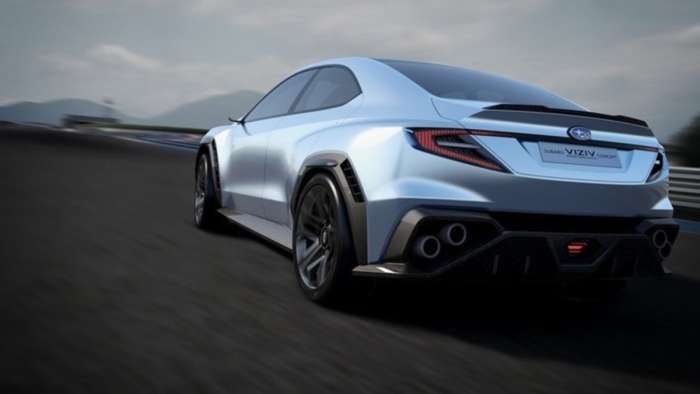 Why You Won’t Get A Boring 2.4L Turbo Ascent SUV Engine In The All-New Subaru STI

The 2022 Subaru WRX STI will get new 2.4-liter turbocharged engine, but it won’t resemble the Ascent SUV powerplant. See what Subaru is planning.
Advertisement

The next-generation 2022 WRX STI is dropping the EJ25 2.5-liter turbocharged Boxer that has served the STI well since 2004. It’s time for the next-generation models to get an upgrade, but why is Subaru using an engine from an SUV? Subaru introduced the new FA24 2.4-liter turbocharged engine in the Ascent family hauler. Here’s why the STI’s FA24 won’t resemble the 3-Row SUV’s engine.

Subaru needs to replace the EJ25 with an engine that will bring more power, and be more fuel efficient. Can they do both? Yes, Subaru engineers succeeded in a big way and it’s why it will be the brand’s STI engine of the future. We want to give a shout out to Donut Media, where the technical information for this article came from. 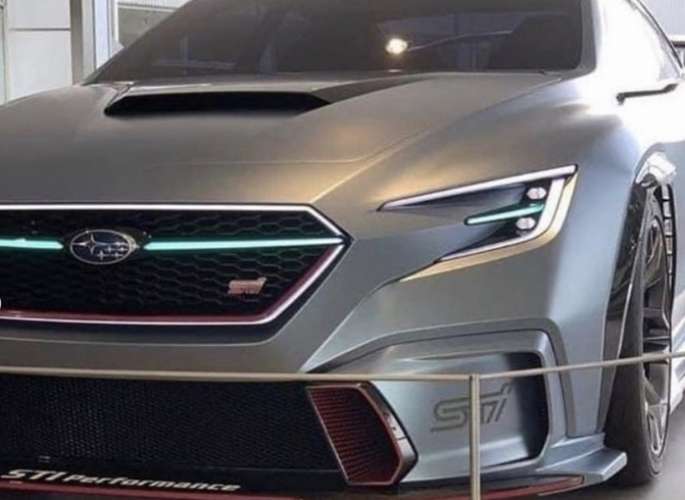 The EJ25 hasn’t been without its problems. Subaru has had multiple lawsuits, right or wrong, over the Boxer engine’s reliability. Customers want a performance engine that's going to be reliable and not be in the shop for repairs. How will Japanese automaker squeeze up to 400 horsepower out of the smaller engine without blowing it up?

Donut Media suggests Subaru brought out the FA24 in the Ascent first to make sure it would hold up without any problems before introducing a performance version in the STI. It’s given the Japanese automaker time to study the new engine and best see how to get even more power from the all-new Boxer powerplant.

One of the biggest improvements in the new FA24 2.4-liter turbocharged engine over the EJ25 powerplant is the addition of direct fuel injection as opposed to the older version Port Injection in the 2.5-liter. Port injection places the fuel injector in the intake manifold upstream from the intake valve. The air and fuel mix together before entering the combustion chamber and it’s less efficient. 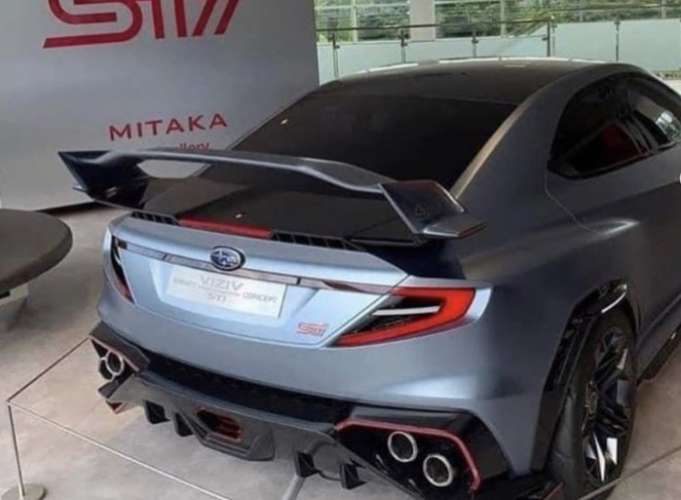 Direct injection shoots the fuel directly into the cylinder delivering a much more precise air/fuel mixture and improves efficiency. It increases the pressure and thus horsepower, and also lowers the temperature in the cylinder, lowering the chance of pre-ignition.

Subaru also improved the cylinder head giving the air a straighter shot into the cylinder by taking out the bends. This takes out turbulence and improves the air flow at higher revs. More air plus more fuel from the direct injection equals more power.

But Subaru had to beef up the engine block and internals to handle the increase in horsepower. In a turbocharged engine it’s even more critical because of the extra boost from the turbocharger. Subaru increased the thickness of the cylinder walls, and added larger connecting rods, which are twice as thick as the EJ25 turbocharged engine in the WRX STI.

Subaru also needed to upgrade the valve springs. The FA24 comes with new ”Beehive” valve springs that are smaller at the top, wider in the middle, and smaller on the bottom making them stronger and will handle more pressure and higher revs (+500-700) than a normal spring.

Subaru and Subaru Tecnica International will upgrade the internals even more in the new FA24 that will enabled Subaru to drop the Ascent-sourced 2.4-liter turbocharged engine in the 2022 WRX STI, and deliver more power and torque than the outgoing EJ25. It’s going to be more fuel efficient, possibly produce up to 400 horsepower, and it should be a more reliable performance engine for enthusiasts.

Rich Roggio wrote on July 23, 2020 - 4:22pm Permalink
My 2015 Subaru FXT is wowing me! I have no complaints just happiness!
Dave Robbins wrote on July 24, 2020 - 10:48am Permalink
Mine too! Invidia cat back, Cobb AP with a custom tune = "brostang" killer. At 66, my days of using a clutch are over.. the STI is an awesome vehicle, but my 15 Foz XT suits me fine, thank you.
Anderney wrote on July 25, 2020 - 4:29pm Permalink
Yea we're all very convinced your Forester with a tune is faster than a 450hp mustang...lololol.
Kevin wrote on August 1, 2020 - 8:15pm Permalink
Why would he need to shoot for that? They're are way more I4/V6 stangs on the road than you would like to think. It's like 1 V8 for every 10-15 on the road. So it's more like 300hp which is easy to get to in a Forester that already has an AWD and 300lb weight advantage.
Joey wrote on July 24, 2020 - 12:22am Permalink
Look at those car accessories and parts they put on this STI. I love how they manage to make it seamless. It looks better! The color of the accents they have chosen go well with the car's color. Would like to know spoiler they used. It looks like the one I saw from 4wheelonline
Aaron wrote on July 24, 2020 - 5:36am Permalink
Always a delight reading your Subaru articles. Thanks.
Olav Cramer wrote on July 24, 2020 - 9:38am Permalink
I love my 2010 Outback, and want another Subaru. However, what's holding me back is exactly what you mentioned in this article" direct injection. There is no end to car owner videos on YouTube who are having carbon issues on intake tracts of various brands of vehicles. Theis appears to be caused by the crankcase ventilation which routes inevitable blow-by gases from the crankcase to the intake for combustion. The inevitable oil content in these gases causes clogging in hotter intake valve ports and eventually requires attention from a mechanic.The issue appears to be that where port-injected engines constantly wash that intake valve, direct injected ones don't. Some manufacturers such as occasional Subaru build partner Toyota, solve the problem with occasional switching between port and direct injection. If Subaru has found a way to solve this, they'll be selling me more Susie's, as reliability has been exceptional.
James wrote on July 25, 2020 - 8:34am Permalink
Olav: They're direct and port injected.
Jason Lowmaster wrote on August 3, 2020 - 4:29pm Permalink
An air oil separator will keep the blow-by oil from being recirculated back into the intake tract, but you have to install those yourself. I've put one on my previous and current STI and they're well worth it. To me, it's not a big deal, but I can see how it could be a deterrent for others.
Mtrac wrote on July 24, 2020 - 5:01pm Permalink
The question: "Why You Won’t Get A Boring 2.4L Turbo Ascent SUV Engine In The All-New Subaru STI" the answer: "Subaru and Subaru Tecnica International will upgrade the internals even more in the new FA24 that will enabled Subaru to drop the Ascent-sourced 2.4-liter turbocharged engine in the 2022 WRX STI" The rest of the article compares and contrasts the FA24 to the EJ257.
Nevan94 wrote on July 24, 2020 - 6:35pm Permalink
I would really love to see a DCT on both the WRX and STi because there are people like me in Middle East are in desperate need of an automatic due to heavy traffic...
amy wrote on July 25, 2020 - 12:16pm Permalink
what will the sticker price be?
Anon Anon wrote on July 25, 2020 - 8:34pm Permalink
I love my 2008 Legacy Spec B, sti killer and sleeper.... 300+ at the wheels with minimal mods cat back and intake , open source tune, Cobb is overrated and over priced.... Can easily achieve much higher hp with just a few changes, also swapped in a vf52
rxh0272 wrote on October 20, 2021 - 7:24pm Permalink
Ya but this info is based off Donut media reports from over a year ago.