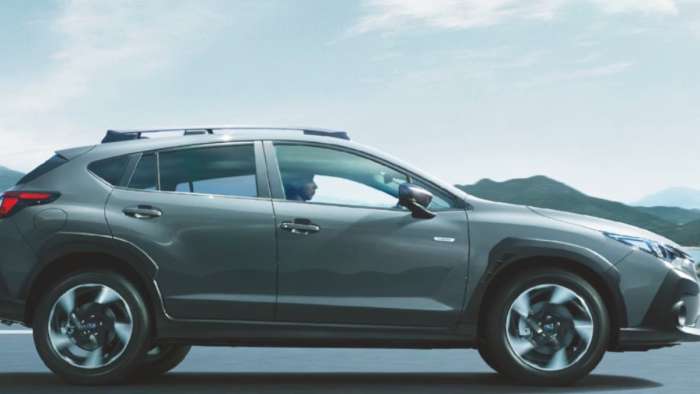 The exterior of the 2024 Crosstrek doesn't get a radical design change true to Subaru's design philosophy, which is less change is better. Subaru says two new colors will be offered; Offshore Blue Metallic and Oasis Blue. 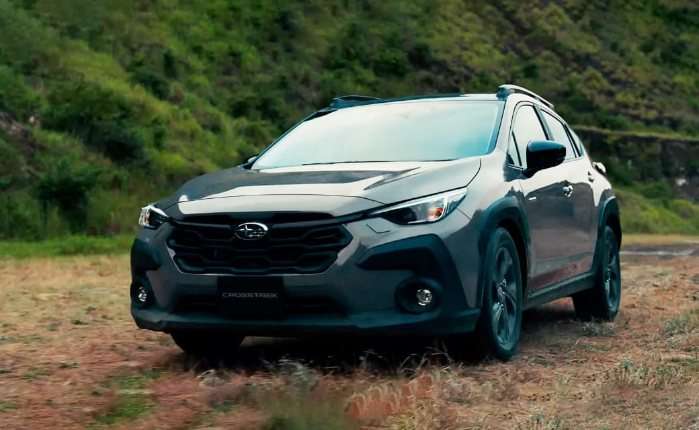 The interior now comes with a new center console with additional storage, an 11.6-inch center information display, and an improved infotainment system with smartphone-integrated functionality.

Crosstrek gets new seats for better support for the driver, and they are now mounted to the vehicle's frame, reducing vibrations and improving driver comfort. Subaru says the cabin will be quieter with added sound-deadening materials between the roof panel and braces. 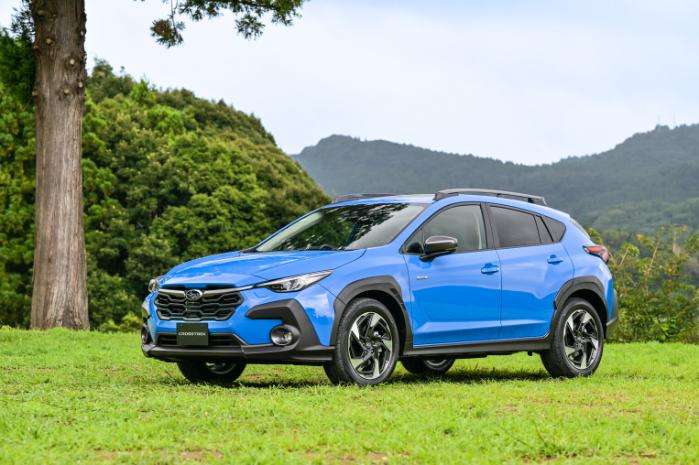 Subaru didn't change the interior dimensions, so Crosstrek has the same passenger space and cargo volume as before. The Crosstrek now offers 60/40 rear seats for added cargo space to load bulky or long items.

The new Crosstrek now offers newly-designed slip and scratch protection on the rear gate lower trim, and the side sill plates have also been optimized to bolster stability when stepping up onto the sills to load items onto the roof rails. 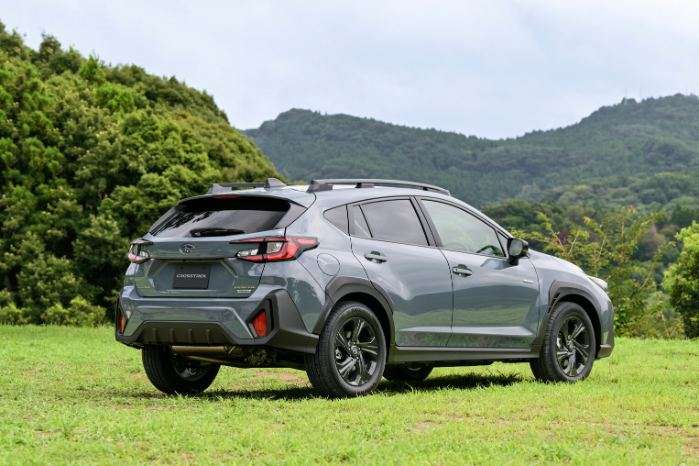 The next generation Crosstrek gets improvements to the Subaru Global Platform that should improve ride quality. Crosstrek utilizes a full-inner-frame construction Subaru first introduced on the new Levorg and WRX S4.

Crosstrek also comes with a new full-inner-frame body design which increases body rigidity and reduces the weight of the small SUV. This also improves road performance and driving dynamics. Subaru says the next-generation Crosstrek uses dual-pinion electric power steering, "which has almost no response lag during steering for a sporty, high-quality feel."

What engine will the next-generation Crosstrek have?

The new Crosstrek will have the 2.0-liter engine with the e-Boxer hybrid technology in Japan. Subaru says improvements to reduce vibrations and noise in the engine and Lineartronic CVT automatic transmission has also been made.

In the U.S., Crosstrek will likely continue with the 2.0-liter and 2.5-liter Boxer engines. Subaru could increase the horsepower and torque but needs to keep the fuel efficiency the same or improve it. We don't expect the Crosstrek to get the 2.4-liter turbocharged engine.

The new Crosstrek comes with the latest EyeSight safety technology

The 2024 Crosstrek will feature the next-gen EyeSight driver assist safety system. Crosstrek comes with a new digital multi-view monitor that uses four cameras to create a 360-degree, 3D top-down view, improving visibility on all sides of the vehicle. Larger and more detailed images are seen through a new center information display.

Crosstrek features a new stereo camera unit nearly doubling the angle view compared with the previous generation model. The unit enables the recognition of objects at wider angles and farther distances. The switch to a windshield-mounted installation and the addition of a lens hood prevents accidental contact with the camera lens.

Like the 2023 Subaru Outback, the new Crosstrek features a new wide-angle mono camera enabling recognition of motorcycles and pedestrians at an even wider angle when traveling at low speeds. Subaru says it can initiate pre-collision braking "in an even wider range of situations and provides the best EyeSight performance ever."

The electric brake booster upgrades improve pre-collision braking response. Subaru says, "this enhances responsiveness in dangerous situations, such as when bicycles dart into the road. The inclusion of all-speed adaptive cruise control enables a quick deceleration response when a car suddenly cuts into one's lane and in similar scenarios."

LED lights are now used for high and low beams, position lamps, and blinkers. Crosstrek features LED cornering lights for the first time in a Subaru vehicle, "which illuminates the road ahead when turning a corner at an intersection or other such location, improving nighttime visibility for the driver."

The Crosstrek's bumper beam has been enlarged to extend outside the vehicle, and a collision sub-frame has been added to absorb impacts further. In a collision with another car, "crash compatibility" improvements protect people riding in one's vehicle and occupants of the other vehicle.

Subaru says, "Like, in the Outback, new mobile progressive deformable barrier (MPDB) testing has been implemented to assess crash compatibility in head-on collisions."

When will the 2024 Crosstrek be available in the U.S.?

Subaru says they will launch the next-generation 2024 Crosstrek in Japan in 2023 (or later) and then introduce the new subcompact SUV in the U.S. and other global markets. Customers in the U.S. may have to wait until 2024 to get their hands on the all-new Crosstrek subcompact SUV.

Look for the third-generation 2024 Subaru Crosstrek to make its U.S. reveal at the Los Angeles Auto Show in November. Stay tuned.