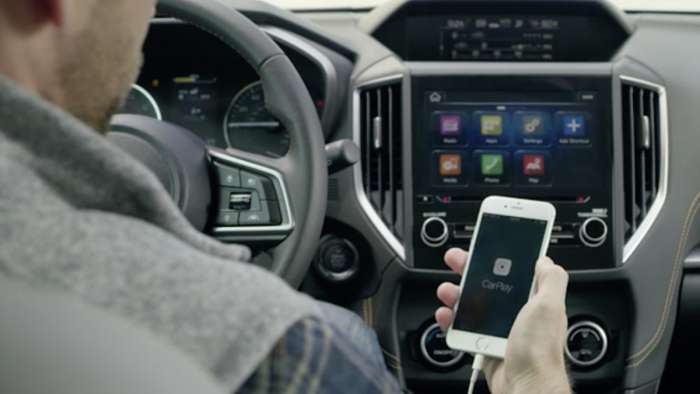 Subaru doesn’t have the most distracting or the best infotainment system, but it has a decent system called Starlink to keep you connected. Subaru offers Starlink on all new 2020 Subaru Forester, Outback, Crosstrek, Ascent SUVs, and all other all-wheel-drive cars. Consumer Reports asked its members how satisfied they were with their car’s built-in infotainment system with Android Auto or Apple CarPlay.

According to the CR research, Apple CarPlay improves its customer satisfaction, while Android Auto lowers system satisfaction in Subaru vehicles. The good news is, 2020 Subaru Outback and Legacy models have received a needed update that should help Apple users run CarPlay in portrait mode. 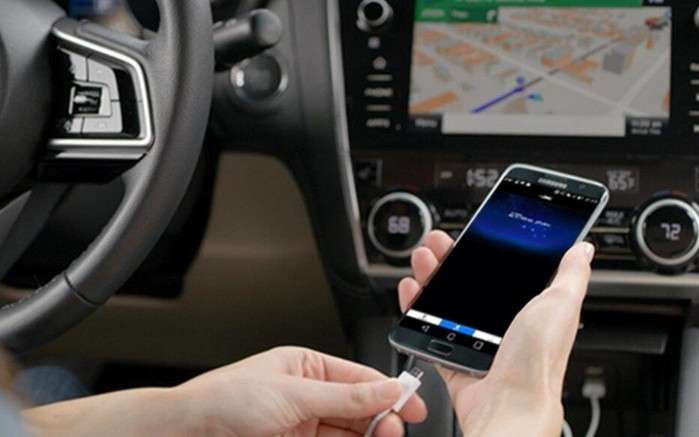 According to a post on Reddit, an employee of Subaru says the automaker released the software update on June 24. Although the bulletin does not indicate it will work with Android Auto, the post says the update will be coming soon. Unfortunately, this update will only affect 2020 cars and not older models. An over-the-air update should have gone into effect at the end of July.

Subaru says Android users should see improved responsiveness with this new software update. But it’s unlikely Android Auto will run in portrait mode yet. Unfortunately, if you have a Forester or other Subaru model older than 2019, the Starlink infotainment system isn’t compatible with Android Auto or Apple CarPlay and can’t be upgraded to add compatibility. 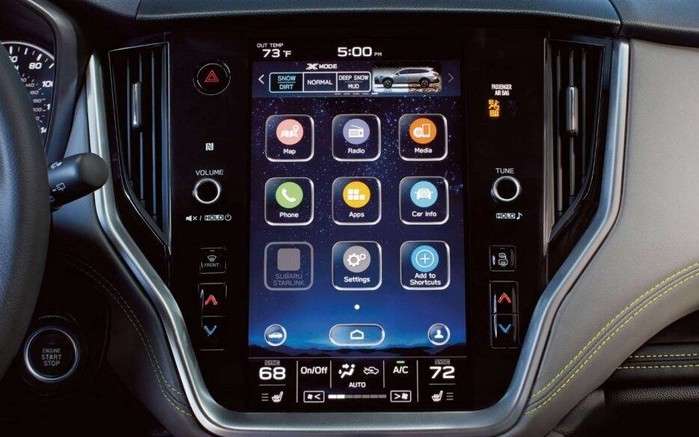 If you bought a 2019 Forester after the complete remodel, you get an updated version of Starlink offering Android Auto and Apple CarPlay. All other Subaru models received the newer version in 2020.

In another Consumer Reports study, they found customers with older Subaru models are frustrated with the Starlink system. “I just don’t use the Starlink system because it’s confusing, and the manual doesn’t help at all,” said Jackie Williamson, a CR survey respondent in Washington who drives a 2018 Forester. “I just quit outright because I felt it wasn’t worth a migraine.”

John Howell of Nevada praised the Starlink multimedia system in his 2019 Subaru Forester. “The system is responsive, intuitive, and easy to use while driving,” he said.

Consumer Reports found the most distracting infotainment systems come from Acura, Honda, Infiniti, Lexus, and Toyota. The updated Subaru Starlink works much better than the older version, and Apple CarPlay improves customer satisfaction in the new 2020 Subaru Forester, Outback, Crosstrek, Ascent SUVs, and other models. If you are an Android Auto user, the system may not run in portrait mode yet. Stay tuned.

kelly brooke wrote on August 13, 2020 - 7:09am Permalink
Here what i must say “Good collection”. Thanks for sharing your information. Really thanks..
Vito wrote on August 20, 2020 - 2:48pm Permalink
Update worked well. Call for patience downloading but worth it. Apple CarPlay much improved -- user interface, that is.