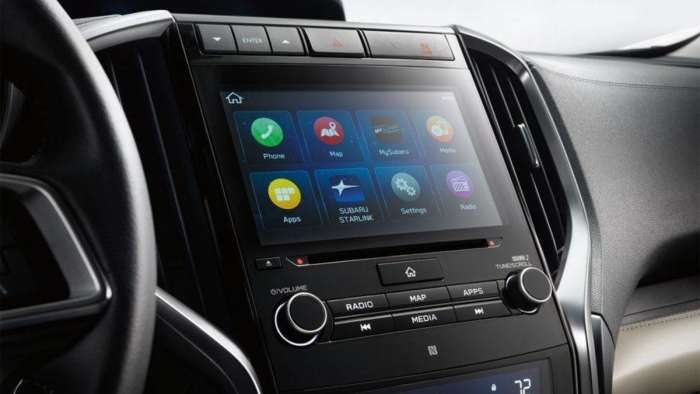 Having Problems With Subaru Starlink? What Owners Can Do

Subaru has a problem with its Starlink infotainment system. Have you had problems with your Subaru vehicle?
Advertisement

Have you experienced issues with Subaru Starlink on your Subaru Outback, Crosstrek, Impreza, Legacy or BRZ vehicle? You are not alone. Subaru’s latest infotainment system called Starlink is messing up and there is a new lawsuit filed by a disgruntled owner. The new lawsuit alleges the Subaru Starlink infotainment systems “freeze and malfunction because the head units fail, and updates offered by the automaker have allegedly failed to fix the systems.”

Starlink is supposed to improve your driving experience

Subaru’s Starlink offers a suite of onboard technology bringing multimedia content with smartphone connectivity, navigation, and extra safety to Subaru vehicles. A driver can use the Starlink system with Android Auto, Apple CarPlay and Bluetooth. The technology also includes the screen for the backup camera, controls for the radio and audio system.

But about 50 percent of owners are reporting some problems with Subaru Starlink. The Starlink systems consist of Harman Gen 3 audio and navigation head units, and the lawsuit alleges it's the head units that create safety concerns for Subaru drivers.

Even though Subaru has issued at least two Starlink software updates to fix the head units, the lawsuit claims some customers weren't helped much by the updates or by technical service bulletins (TSBs) issued by Subaru to dealerships. The lawsuit also says new TSBs are supposed to be sent in July 2019 to correct the problem because the past updates have failed to work.

What can customers do?

Some owners have reported they have had better luck with replacing the entire head unit, but are on backorder and can be up to a 6-month wait. Technical service bulletins advise service technicians to install the software updates, perhaps just to buy Subaru of America some time to figure out what’s wrong. There are also tips for replacing the audio amplifier, and troubleshooting ideas for Bluetooth, Apple CarPlay, and Android Auto connection issues.

The Magistrate Judge in the United States District Court for the District of New Jersey issued a ruling recently largely denying Subaru’s motion to stay discovery pending the outcome of its motion to dismiss. The Judge’s order found Subaru’s concerns about the expense of discovery “overblown” and acknowledged that even Subaru concedes that some of the plaintiffs’ claims will survive its motion.

Owners can wait to see what happens with the latest lawsuit and if you would like more information on the case, you can go here. Subaru Outback, Crosstrek, Impreza, Legacy and BRZ owners with Starlink problems can go here to check on any current Subaru recalls for your vehicle.