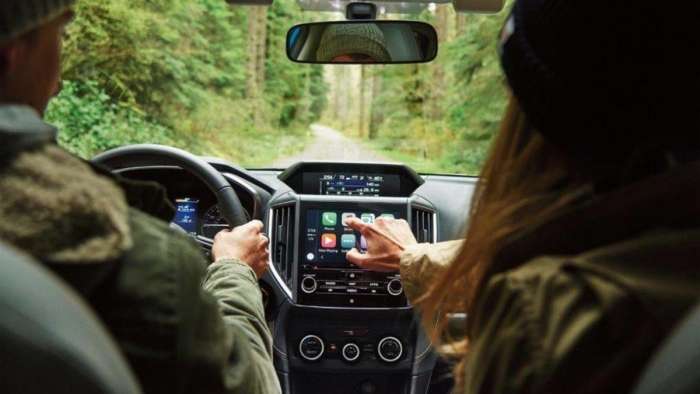 Subaru Slapped With Another Lawsuit; Have You Had Starlink Problems?

2018 could be described as the year of the lawsuit for Subaru. They are slapped with another one. See what they are being sued for now.
Advertisement

Subaru gets slapped with another lawsuit and this one doesn’t involve the Subaru Boxer engine. This one involves their Subaru Starlink infotainment system in the 2018 Subaru Outback, 2018 Crosstrek, 2017-2018 Impreza, 2018 Legacy, and 2018 BRZ.

Subaru’s Starlink offers a suite of onboard technology bringing multimedia content with smartphone connectivity, navigation, and extra safety to Subaru vehicles. A driver can use the Starlink system with Android Auto, Apple CarPlay and Bluetooth. The technology also includes the screen for the backup camera, controls for the radio and audio system.

According to a report from carcomplaints.com, the new lawsuit alleges the Subaru Starlink infotainment systems “freeze and malfunction because the head units fail, and updates offered by the automaker have allegedly failed to fix the systems.” The Starlink systems consist of Harman Gen 3 audio and navigation head units, and the lawsuit alleges it's the head units that create safety concerns for Subaru drivers.

The plaintiff, Chad Udeen, from Tennessee, represented by Chimicles & Tikellis, and J. Llewellyn Mathews, says shortly after he leased his new 2018 Subaru Outback, he began experiencing problems with the Starlink system. Udeen claims the screen went blank multiple times and continued to get worse until the head unit failed in April 2018. After multiple trips to the Subaru dealer, and having the head unit replaced, his problem was still not fixed.

The lawsuit alleges there are 10 problems with Starlink including the backup camera freezing/or shutdowns, loss of audio functions, complete system lockup, display shutoff, inability to shut radio/audio off or turn high volume level down when backing up, radio comes on at high volume when the car is turned on, smartphone favorites aren’t saved, audio/radio functioning is erratic, touchscreen controls are unresponsive, and Bluetooth connectivity issues.

Even though Subaru has issued at least two Starlink software updates to fix the head units, the lawsuit claims some customers weren't helped much by the updates or by technical service bulletins (TSBs) issued by Subaru to dealerships. The lawsuit also says new TSBs are supposed to be sent in July 2019 to correct the problem because the past updates have failed to work on the 2018 Subaru Outback, 2018 Crosstrek, 2017-2018 Impreza, 2018 Legacy, and 2018 BRZ. You can go here to check on any current Subaru recalls for your vehicle.