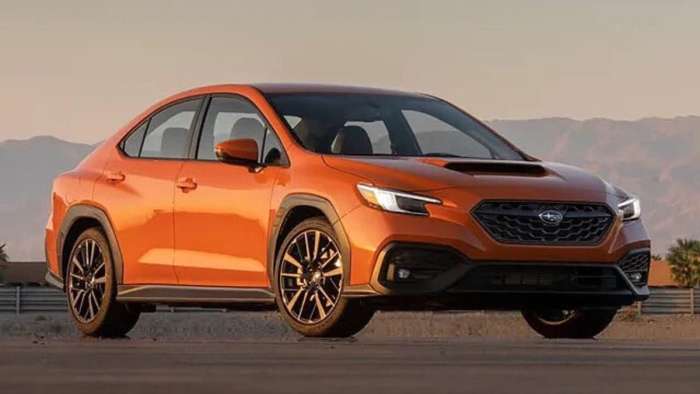 The Next Generation 2022 Subaru WRX Isn’t Setting Any Records

The 2022 Subaru WRX is all-new, but it's not a big hit with performance fans. There are a few reasons why sales are down. Will Subaru make any changes to the 2023 WRX?
Advertisement

The 2022 Subaru WRX arrived last month, and we can begin to see if the all-new performance sedan is a hit or a miss. Subaru Corporation didn't hit it out of the park with the fifth-generation sport-tuned 2022 WRX, and sales in May indicate how the new performance model will do in the future.

In April, the WRX saw a significant drop in sales, down 52.0 percent, and it was because Subaru stopped production of the 2021 models, and the 2022 WRX had not arrived. Subaru of America reported WRX sales in May, and in the sports car's first full month, sales dropped 15.6 percent compared with May 2021. 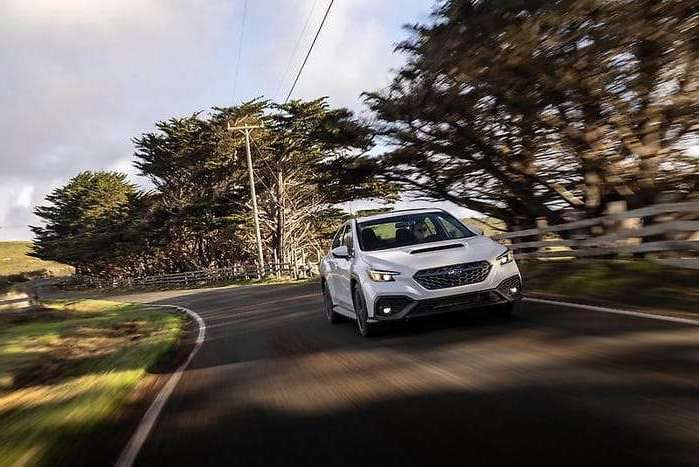 Subaru of America delivered 2,674 performance sedans last month compared with 3,169 in May 2021. Typically when a new model is released, especially the WRX, the model is a hit, and sales spike to record levels when the next-generation model hits the market.

The microchip shortages, supply chain issues, and the recent Subaru plant shutdowns are some of the reasons for slow sales, but it's only part of the problem. Performance fans can order a new 2022 WRX from retailers to their specs and have it shipped from the factory. But it's not happening in any significant way. 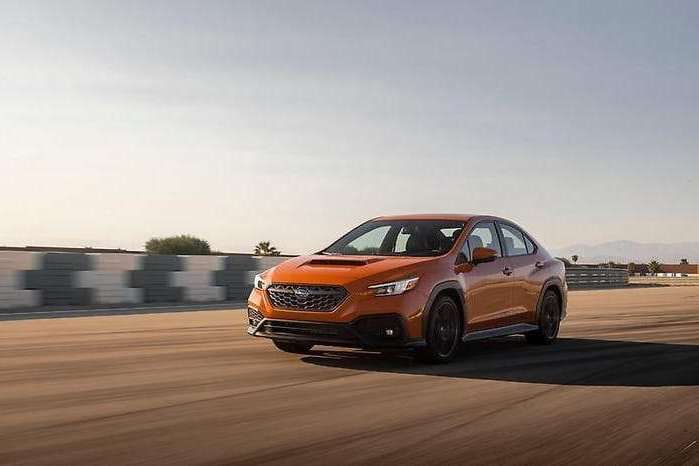 When Subaru of America released the first images and a video of the next-generation WRX, fans immediately had mixed reactions. There were 5.7K thumbs up "I like this," and 5.1K thumbs down "I dislike this" on the all-new 2022 Subaru WRX YouTube video.

A report from The Drive said Subaru of America removed the 2022 WRX official video from its YouTube channel because of all the thumbs down "I dislike this" on the page. Subaru public relations specialist Jessica Tullman quickly refuted the rumors, stating that removing the video was "an oversight."

The fan's biggest disappointment in the all-new fifth-generation 2022 Subaru WRX is its exterior styling and SUV-type wheel arch cladding, making it look like the Crosstrek subcompact SUV. Some fans called it the "WRX Trek."

Will Subaru make changes to the 2023 WRX?

Subaru Corporation will make minor changes to the 2023 WRX, and there's no reason to wait. The 2023 WRX won't arrive until the fall or winter of 2022, and it will likely get a slight price increase.

The next-generation 2022 Subaru WRX sales are down 60.2 percent year-to-date, the most of any Subaru model through the first five months of 2022. Subaru Corporation will never please everyone, but it appears the Japanese automaker missed big with performance enthusiasts.

You Might Also Like: Is The New Subaru WRX 2.4L Engine Reliable? Why It's The Best Yet For Tuners

RobertSow wrote on June 6, 2022 - 2:10am Permalink
Hi, roeddwn i eisiau gwybod eich pris.
William van Gils wrote on June 10, 2022 - 9:21am Permalink
Hmm, same hp figures, same poor gas mileage as previous gen, I'll pass.
Jonathan Santana wrote on June 14, 2022 - 9:52am Permalink
Everything about this car is a bust. The plastic cladding front, sides and rear is ridiculous. Headlights are meh. The taillights look like the taillights from a Honda Civic. The hood scoop looks like it went generations back. .4 more liters, 3 hp. Same torque. Big ass screen inside. And, drumroll please, price. Have fun with trying to sell this......
Ed wrote on June 14, 2022 - 1:54pm Permalink
We have had WRX cars since 2011. Just sold our 2019 with under 25K mikes for $27K to a dealer who flipped it for $30K. We are ordering an RS3. New WRX just does not do it for us and Subaru has lost the plot on performance cars.
John Siorek wrote on July 7, 2022 - 1:02am Permalink
Big touchscreen. Left ac vent almost gone, no sexiness to styling. Bad car. Thats why i ordered last of the WRX in 2021