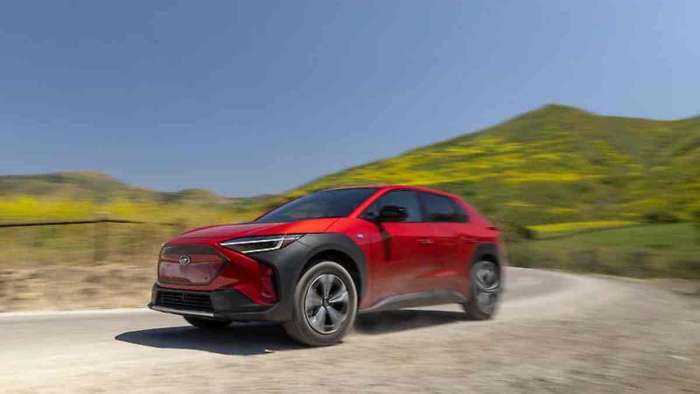 The 2023 Subaru Solterra EV was scheduled to arrive in U.S. showrooms in June, but it never arrived. See how the delay sets the automaker back.
Advertisement

The 2023 Subaru is the automaker's first EV, and the Japanese automaker was counting on its impact on customers looking for a go-anywhere compact SUV. But things came to a screeching halt at the end of June when Toyota recalled the bZ4X EV jointly made with the Solterra involving wheels that could potentially come loose.

Subaru submitted the Solterra recall to Japan's transportation ministry that said sharp turns and sudden braking could cause a hub bolt to loosen, raising the risk of a wheel coming off the new vehicle. 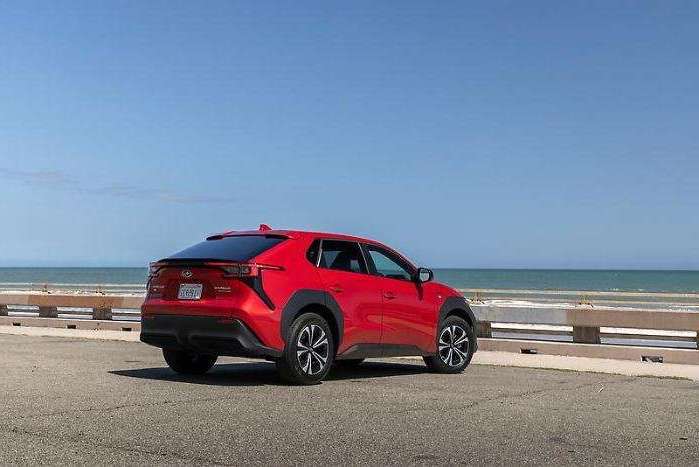 A new report from Automotive News (by subscription) says the recall delayed Solterra deliveries to U.S. customers and around the globe for the time being and froze Subaru's EV ambitions before they ever got a chance to get going.

Subaru had plans to sell about 6,000 Solterra EVs in the U.S. in 2022, with capacity expected to increase in 2023. The entire Solterra allocation for U.S. retailers was sold, and it looked like the new all-electric model was off and running. 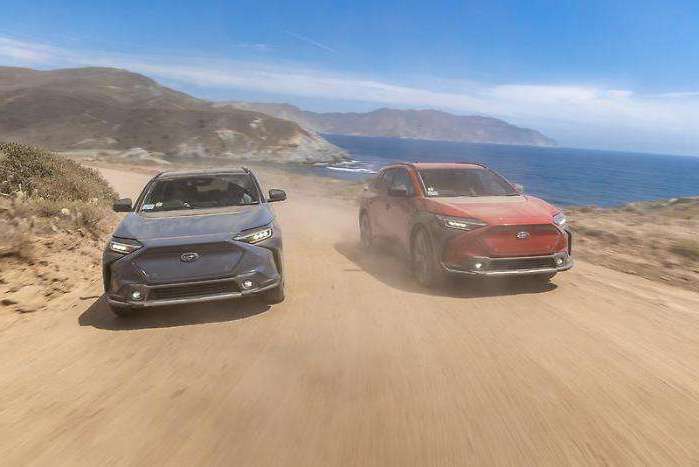 The launch of the 2023 Subaru Solterra electric compact SUV is now put on ice this year by a stop-sale issued by Toyota.

When will customers get the 2023 Solterra they ordered?

A source close to Subaru told us the Solterra display vehicles were supposed to arrive in showrooms in August or September and are further delayed. And now they don't have a delivery date from Subaru Corporation. So there is no indication when the models that were ordered by customers back in February will arrive.

What's next for Subaru's EV plans?

Subaru announced they will begin making their own EVs in mixed production with internal combustion vehicles at its Yajima plant in Japan by 2025. Automotive News says Subaru will begin offering hybridized powertrains sourced from Toyota by 2025 and will build battery-electric vehicles itself in a new factory in Japan in the later half of the decade.

In 2027, Subaru will build a dedicated EV factory on the site of its Oizumi plant in Japan and produce its own all-electric and hybrid vehicles. But it will rely on its current lineup of Forester, Outback, Crosstrek, Ascent, and other combustion-powered models and the Solterra until then.

You Might Also Like: Why It’s Smart For Subaru To Pull Away From Toyota Now And Make Its Own EVs

Lee Raines wrote on September 20, 2022 - 10:01am Permalink
Subarus new time-frame is December, and orders didn't get placed in February, reservations were open for a limited time in February, and orders were supposed to be placed by May 25th to retailers or the reservation deposit was to be refunded to customers that had a deposit placed.
John wrote on September 23, 2022 - 8:44am Permalink
I have been selling Subarus for 25 years and the way they have handled this whole Solterra fiasco is unacceptable. They should have refunded all reservation deposits they took from customers months ago and should have kept customers with reservation better informed regarding the recall in the first place. Instead they are hiding their heads in the sand of denial and have kept customer communications to an unacceptable minimum. For a company that preaches the HEART pillars and love promises, they have showed no love or respect for customers who placed reservations for the Solterra at the beginning of this year. It is a stain on their reputation. Not only is the Solterra a disaster, but their lack of Hybrid offerings is driving their once loyal customer base into other brands. The early indicators are already there as they continue to lose market share after decades of market share growth. For the first time in 25 years of working at Subaru dealerships I no longer have faith in the brand or the direction of the company. This is a not a Covid caused problem, or supply chain problem, it is a long term vision problem and a lack of understanding and ability to adopt to the current market demands.