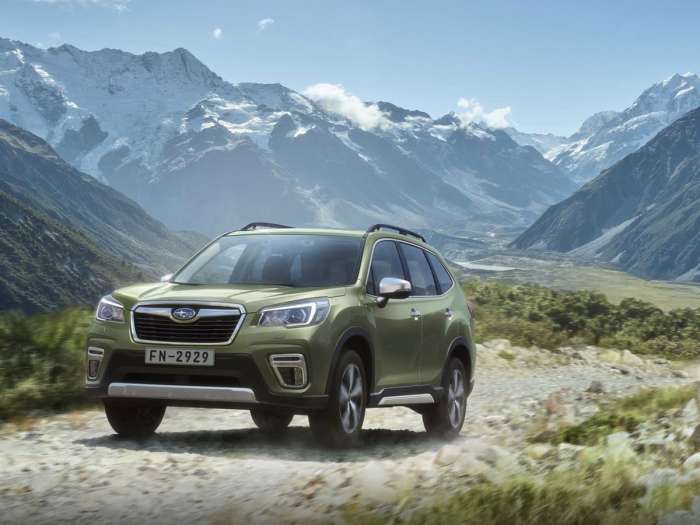 The new 2019 Subaru Forester is on the road to the World Car Of The Year award. Does Forester have a chance?
Advertisement

It’s the undisputed number one automotive awards program on the planet and Subaru is in it. The newly-redesigned 2019 Subaru Forester is nominated for the World Car of the Year 2019 award (WCOTY). The small Japanese automaker will be going against some stiff competition from auto industry giants from around the globe. It appears there’s very little chance the newly-remodeled Forester SUV could win, but even that’s it’s been nominated is an impressive feat.

The World Car of the Year 2019 awards are the “Oscars” of the car world and competition will be tougher than ever. The WCOTY awards only include models that are available across continents and can actually be handed to customers to drive home in. These are vehicles that range in price from around $10,000, like the Dacia Duster from Romania, to hundreds of thousands of dollars.

Jurors from 24 countries will be judging cars that are eye-watering expensive, and others that boast the lowest prices. The competition is not about top-end luxury, it’s about a brilliant design as we’ve seen the modest Mazda 2 and Volkswagen Up! win World Car of the Year trophies in past years. So the 2019 Subaru Forester with its new added safety technology, standard EyeSight driver assist and new DriverFocus with facial recognition has a small chance.

The all-new 2019 Subaru Forester is the brand’s flagship model and best-selling nameplate around the globe. Subaru needs the small SUV to be a hit with global customers as it enters its fifth-generation design. Can the newly-remodeled Forester win the prestigious WCOTY award? We’ll find out at the New York International Auto Show on April 17, 2019.

Les Price wrote on November 15, 2018 - 10:41am Permalink
Here's a reason I wouldn't vote for it: They have installed the much hated "auto stop start" system and won't let you turn it off. (OK, you can turn it off, but it won't stay off, it comes right back on next time you restart the car.) Multiple articles have shown that it only has significant mileage improvement if most of your driving is in urban areas. In exchange you put much greater stress on the battery and starter which will certainly lead to reliability problems down the road. Meanwhile you have to live with the annoying "delay-start-jerk" cycle every day.