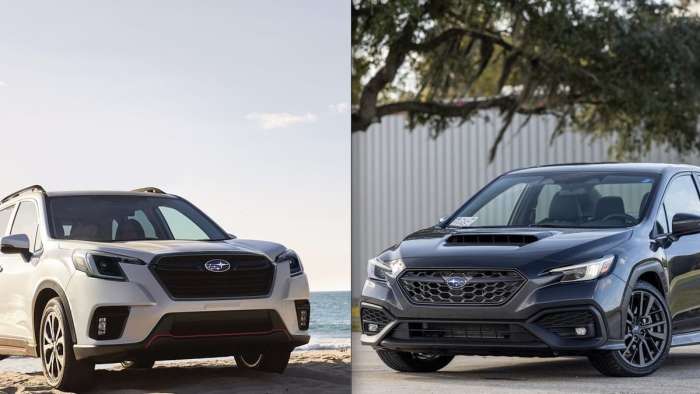 The 2022 Subaru Forester compact SUV and 2022 Subaru WRX sports car are still two cars with the lowest depreciation. See where Subaru ranks with other automakers.
Advertisement

Are Subaru vehicles a good value in 2022? As soon as you drive them off the dealer's lot, all cars depreciate, but some models drop in value much more than others. An updated iSeeCars study reveals which 2022 model year cars hold their value best, and the refreshed 2022 Subaru Forester and the all-new 2022 Subaru WRX make the list. 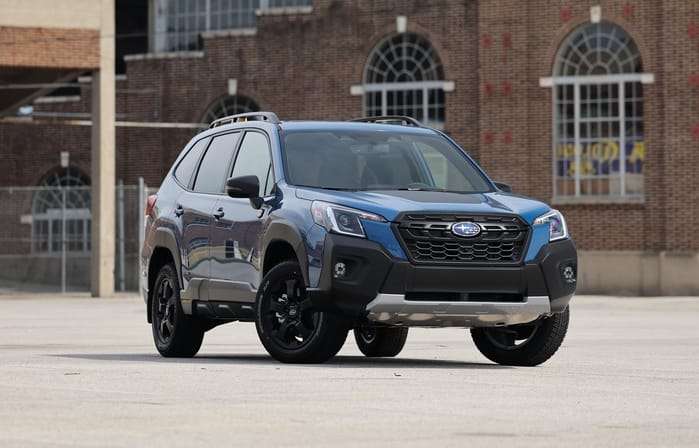 Why are Subaru vehicles a good value?

"While the average new vehicle loses almost half of its value after five years, there are vehicles that retain more of their value and depreciate less than average," said iSeeCars Executive Analyst Karl Brauer. "For car owners who purchase new vehicles and plan to sell them in the first five years of ownership, choosing a model that retains the most value is a smart economic decision, especially when you consider depreciation is the single large 'cost' to owning a vehicle."

Why is the 2022 Forester a good value for compact SUV shoppers?

The Subaru Forester is the brand's top-selling model and a good value for compact SUV shoppers. The iSeeCars study reveals Forester is the eighth-best SUV with a 5-year depreciation of 51.1 percent. The Toyota RAV4 (45.7%) and Honda CR-V (45.8%) depreciate less, but the Forester offers standard all-wheel-drive, and customers pay extra for the all-weather feature on RAV4 and CR-V compact SUVs. 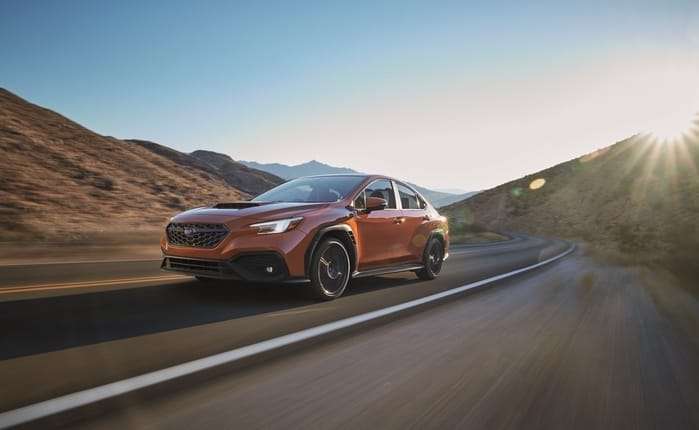 Why is the 2022 WRX a good value for sports car shoppers?

The next-generation 2022 Subaru WRX is an even better value for sports car shoppers with a 5-year depreciation of 39.8 percent and the second-best model behind the Porsche 911 at 36.0 percent. The average depreciation of all vehicles is 49.1 percent after five years.

Top 10 vehicles with the lowest depreciation

The current price of the 2021 WRX is $28,420, including the destination fee. Subaru has not announced 2022 model year pricing, but the next-generation WRX will likely get a significant bump in price. The base model will still be less than $30,000, making it a good performance value.

The 2022 Subaru Forester and WRX are segment winners in the 2022 U.S. ALG residual value awards. The two all-wheel-drive models project to retain the highest percentage of their value after three years. The WRX and WRX STI also won their segments last year.

The latest accolades for the two Subaru models let consumers know that the Japanese automaker's vehicles keep their value better than most top car brands. According to ALG, the Forester compact SUV and WRX/STI sports cars retain their value best. ALG's Residual Value Awards recognize 2022 model-year vehicles for their projected retained value through the first three years of ownership.

Forester is one of the lowest depreciating SUVs, and the Subaru WRX is a top-ten vehicle and sports car with the lowest depreciation. All Subaru models hold their value well over the first five years. The latest iSeeCars study says the refreshed 2022 Subaru Forester and the all-new next-generation 2022 WRX are the best models in their category.

Eric Scholtz wrote on January 19, 2022 - 1:02pm Permalink
I am slightly confused as to how you can determine the depreciation on a 2022 vehicle without knowing its actual value in 5 years time?