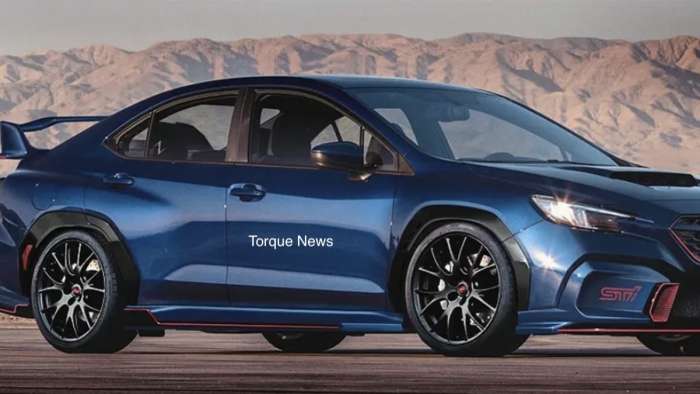 How much horsepower will the 2023 Subaru WRX STI have when it arrives next year? A new report says 420 horsepower. Find out why the information is false.
Advertisement

Subaru of America has not released any information on the next-generation 2023 Subaru WRX STI, but rumors about how much horsepower the new performance sedan will have are still coming. A new report from Forbes says the new STI will outperform the Mercedes-AMG 45 S and come with 420 horsepower.

The recent Forbes report says a "source close to Subaru" told them (Peter Lyon contributor) the 2023 Subaru WRX STI "modifications will elevate the STI's power to a figure hovering around 420 horsepower with maximum torque clearing 362 lb-ft."

The only accurate part of the report is that the next-generation WRX STI will come with a 2.4-liter turbocharged Boxer engine. He says the 2.4-liter will get a "larger turbine and intercooler, reinforce the engine's internals with bespoke pistons and (connecting rods), remap the ECU and fit a special exhaust system."

Here is why the report is inaccurate and just a fabricated rumor. First, Subaru Corporation couldn't care less about the German automaker. The Mercedes-AMG 45 S is not WRX STI's competition. 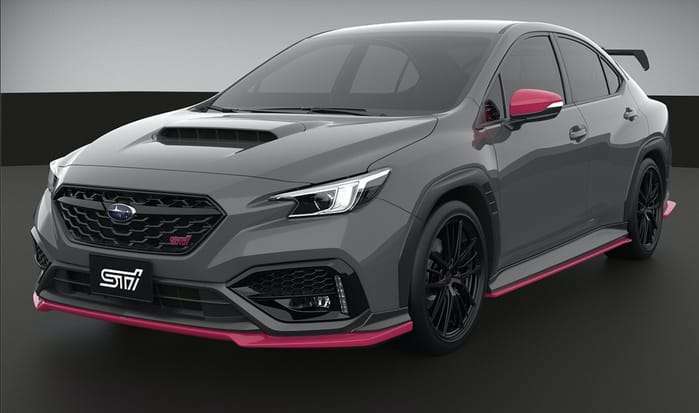 The current-generation 2021 Subaru WRX STI 2.5-liter turbocharged Boxer four-cylinder engine produces 310 horsepower and 290 lb-ft of torque. Subaru is only concerned about the Volkswagen Golf R and the Honda Civic Type-R compact sports cars, not the Mercedes-AMG 45 S luxury model. How do we know?

Take a look at what Subaru did with the new 2022 WRX. They kept the WRX horsepower above or close to the competition. The 2022 WRX has 271 horsepower, the Volkswagen Golf GTI is rated at 241 horsepower, Hyundai Elantra N produces 276 horsepower, and the Honda Civic Si now has 200 horsepower and 192 pound-feet of torque.

Subaru will do the same with the new STI and make sure it compares favorably or outperforms the Honda Civic Type-R and the Volkswagen Golf R's horsepower ratings. The two compact sports cars are STI's competition.

How much horsepower will the 2023 Subaru WRX STI have when it arrives?

The next-generation Subaru WRX STI will not have 420 horsepower and 362 lb-ft. of torque. The all-new 2.4-liter turbocharged Boxer engine will likely have 100 horsepower less and come in at around 320 horsepower and 295 lb-ft of torque to beat its primary competition.

The 2023 Subaru WRX STI will upgrade the new 2.4-liter FA24 turbocharged Boxer engine with additional power. The new STI will ride on the new Subaru Global Platform and get significant suspension and brake upgrades.

Subaru should introduce the new STI next summer and begin producing the all-new 2023 WRX STI during the fall of 2022. The STI won't make its dealer launch until early 2023.

The recent report from Forbes says the new STI will outperform the Mercedes-AMG 45 S and come with 420 horsepower. It's all rumor and more false information for the next-generation 2023 Subaru WRX STI.

You Might Also Like: The Next-Gen Subaru STI Is Next To Get Those Controversial WRX Plastic Fender Flares