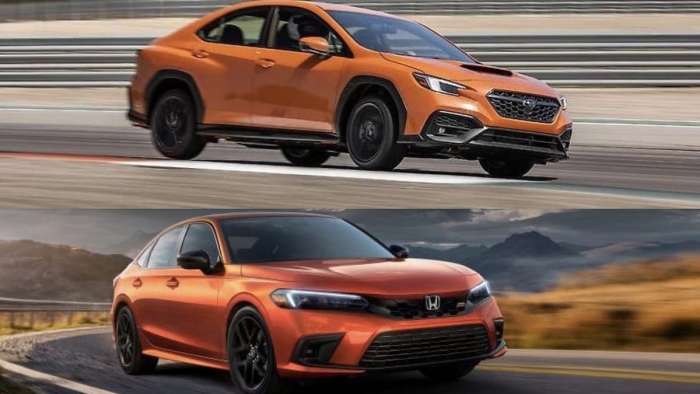 Subaru announced the 2022 WRX has only a three-horsepower gain, but Honda gives the new 2022 Honda Civic Si less horsepower. Check out how the two performance models compare with the rest of the competition.
Advertisement

Performance enthusiasts were disappointed when Subaru announced the next-generation 2022 WRX with a three-horsepower increase over the outgoing model. But the small gain doesn't look too bad compared with the all-new 2022 Honda Civic Si that has five less horsepower than before.

The 2022 Civic Si arrives with the same turbocharged 1.5-liter four-cylinder engine paired exclusively to a six-speed manual transmission. It now comes with 200 horsepower and 192 pound-feet of torque, compared with the 2021 Si with 205 horsepower. 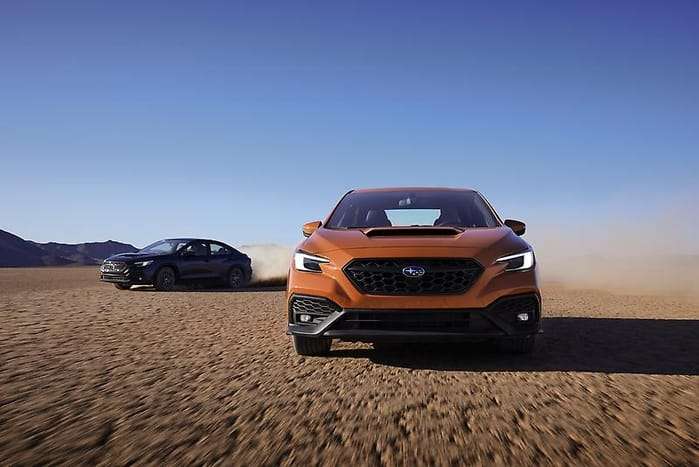 The 2022 Subaru WRX comes with a 2.4-liter Boxer engine producing 271 horsepower and 258 lb-ft of torque; a three horsepower gain over the outgoing model.

Honda claims the engine's power band is wider than before and doesn't make its peak horsepower until higher up the rev range. We think Honda dropped the horsepower because they wanted to improve fuel mileage in the new Si. 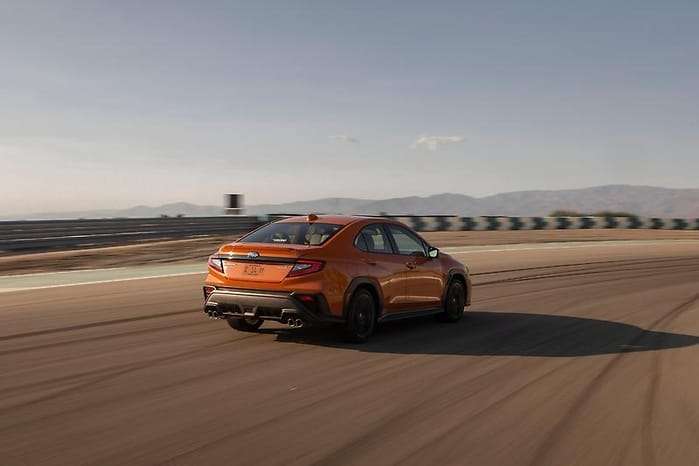 How does the 2022 Subaru WRX compare with the competition?

The 2022 Subaru WRX also jumps from the 2.0-liter turbocharged Boxer engine to the 2.4-liter direct-injection turbocharged engine. Subaru knows many performance enthusiasts will tune their WRX to get much more than 271 horsepower.

The 2.4-liter turbocharged four-cylinder Boxer will be an ideal powerplant for modifications. Buyers who don't modify their engines will have enough power, torque, and a reliable engine with improved fuel mileage.

Check out the Subaru Report here on why the 2022 Subaru WRX's new FA24 2.4-liter turbocharged engine is capable of handling much more than 271 horsepower and will be the ideal powerplant for performance tuners.

The next-generation 2022 Subaru WRX will be available in Subaru showrooms in early 2022. Subaru of America has not announced pricing on the new fifth-generation WRX Stay tuned.

NMK wrote on October 23, 2021 - 9:44pm Permalink
Spoiler alert..... The power numbers released by subaru for the 2022 WRX are most likely what it makes on REGULAR 87 OCTANE. Think about it. Compare the numbers to the outback with the same engine. In that application it makes a little less power, but actually more torque. With the new electronically controlled wastegate, I bet subaru was able to tone down the initail boost spike, but hold more boost closer to redline. That alone would lower peak torque and raise peak horsepower. Pretty simple. And compare that to other turbo engines close in size. The 2.3 ecoboost from for and 2.5T from hyundai make 280-290 on regular 87 gas. The 2.4 FA24 should easily be able to make its quoted numbers on regular. If not, subaru engineers are doing something wrong.

LG's New EV Battery Plant Is a Welcome News for Tesla
Tesla Giga Berlin's New Hurdle: It's Not Only the Gov't, but Now Tesla Itself
END_OF_DOCUMENT_TOKEN_TO_BE_REPLACED