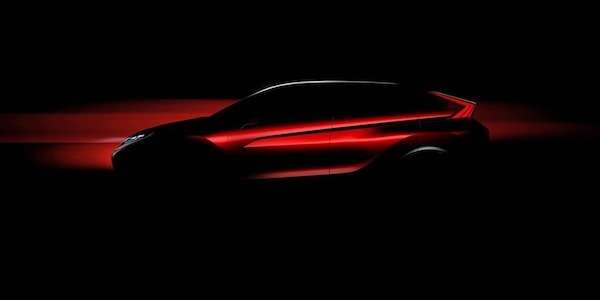 New Mitsubishi concept won’t be the next Lancer EVO successor

Mitsubishi teases a new Compact SUV Concept before Geneva Motor Show 2015. How will it be related to the new EVO successor?
Advertisement

This will not be the new Lancer Evolution successor, but it’s the new brand direction Mitsubishi Motors is taking. This new concept MMC is unveiling in Geneva will likely be the forerunner of the next-generation Outlander Sport. This new concept will be powered by a high-performance PHEV (plug-in hybrid electric vehicle) system.

This technology from the Japanese automaker has been developed in their high-performance race cars like the Outlander PHEV at the Asia Cross Country Rally 2014 and the MiEV Evolution III at Pikes Peak. Performance vehicles are not dead at Mitsubishi, they are just going to take on a new look and a new power source.

Like the Mitsubishi Concept XR-PHEV that was unveiled at the 2014 Los Angeles Auto Show, the Geneva concept will include performance-oriented yet highly efficient plug-in-hybrid electric vehicle (PHEV) technology. Mitsubishi says the Compact SUV Concept crossover coming to Geneva hints at the future design direction for Mitsubishi Motors production vehicles. This will include North America and “further reaffirms our commitment to the U.S. market.”

There is a new technology called eco-performance that is coming from the Japanese automaker. Mitsubishi will bring the new Compact SUV Concept to the Geneva Motor Show 2015 to tell the world how they are designing a new future and it will include eco-performance. It’s being developed for a new generation of urban buyers who want a dynamic and spirited driving experience.

A new performance model is coming

The new Compact SUV Concept Mitsubishi is unveiling at Geneva Motor Show 2015 is not the Lancer Evolution successor. It does point to what the EVO successor will look like and it will come with a new eco-performance drivetrain that will feature a high-performance yet efficient plug-in-hybrid electric vehicle (PHEV) technology. Mitsubishi is continuing to perfected the technology through their ongoing involvement in motorsports. Stay tuned.

Check out the MMC Geneva Motor Show website for the new concept here.