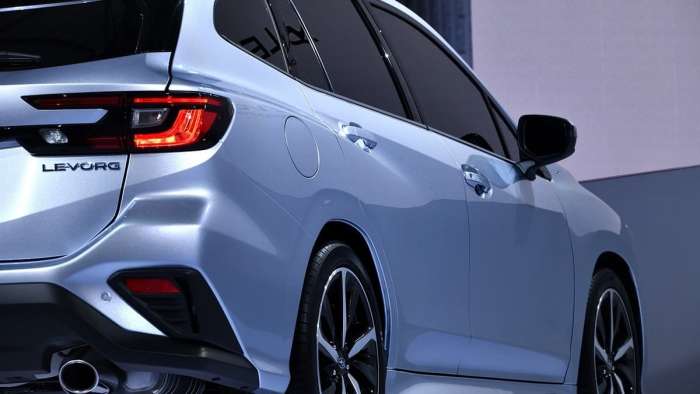 The new Subaru Levorg sports tourer breaks cover at the Tokyo Motor Show. It reveals what’s coming to the new Subaru Ascent and all its vehicles soon.
Advertisement

The new second-generation Subaru Levorg breaks cover at the Tokyo Motor Show revealing what the Japanese automaker is bringing to all its cars soon. The Levorg won’t be sold in the U.S. market, but the prototype gives customers an idea of what will be coming soon to family vehicles like the Subaru Ascent, Forester, Outback, and Crosstrek.

Subaru packed the Levorg sports tourer with its latest safety technologies and put them on display in Tokyo. Subaru Corporation’s core value is safety and the new Levorg wagon that’s only sold in Japan, Australia, and Europe, shows customers what’s coming soon to U.S. shores in new safety and autonomous driving technology. 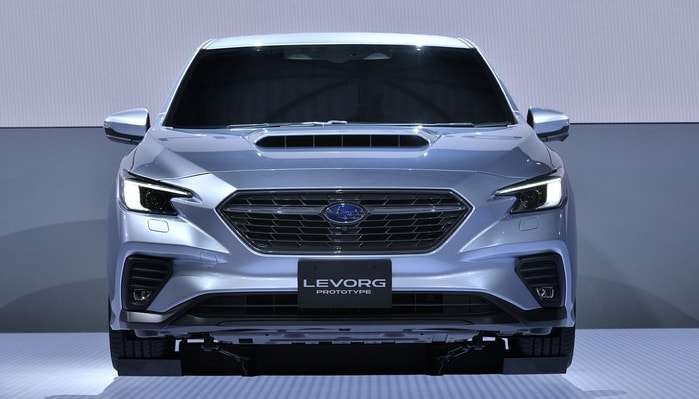 Subaru says the all-new Levorg features various cutting edge technologies and has been developed as “a symbolic model of the new generation of Subaru.” Subaru’s EyeSight is at the leading edge of this safety technology and the new second-generation Levorg gets the most family-friendly safety technology.

Vehicles like the Ascent family hauler and other models will be coming with new-generation EyeSight, which Subaru says will offer a newly-developed stereo camera with wider viewing angle and four radars. The cameras located in the front and rear bumpers will be able to sense 360-degrees around the vehicle and have expanded range of pre-collision braking operation to cover crossing and turning at an intersection where there is low visibility.

Subaru says the locator will detect the vehicle position by utilizing information from GPS and Michibiki (Quasi-Zenith Satellite System). In combination with the high-definition map data, the vehicle recognizes the shape of the highway ahead, and reduces speed before going into a curve and assists hands-free driving in traffic congestion. 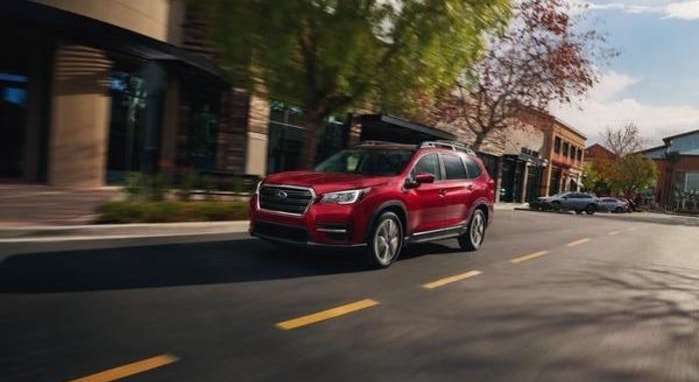 Subaru has also developed a new 1.8-liter direct-injection turbocharged Boxer engine with lean-burn technology that could be used to power other new Subaru vehicles in the future. Subaru will initially use the new 1.8-liter engine in the 2021 Levorg sports tourer that will make its launch later in 2020. U.S. customers won't see the Levorg hatchback model in showrooms, but the Subaru Ascent and other models in the U.S. stable will be coming with new safety technology that will make its all-wheel-drive vehicles safer for families.

Bookmark the TN Subaru page and be sure to follow the latest 2020 Subaru Ascent model change reports on Facebook, Twitter, Instagram, Subaru Report. Tweet your Subaru news tips to us @SubaruLegitNews and we'll give you a shout out! Check back tomorrow for more Subaru news and updates.

Watch 2020 Subaru Ascent, Forester, and Outback Are The Most Family-Friendly SUVs in America and click to subscribe to Torque News Youtube channel for daily Subaru and automotive news.

Denis Flierl wrote on October 23, 2019 - 7:34am Permalink
How many readers want to see the Subaru Levorg sold in the U.S.?
Thomas Smith wrote on October 27, 2019 - 6:26am Permalink
This car is exactly what I want. Please bring it to the US Subaru. Please.
Digitaldoc wrote on October 23, 2019 - 12:06pm Permalink
No interest in seeing the Levorg in the US, but I don't like station wagons. Interesting to see that Subaru has realized an optical only, camera based safety system is not ideal, and are turning to radar to supplement it, as just about every other manufacturer does for their collision avoidance systems. The most exciting piece is the new turbo engine, at 1.8L, and would be ideal for the Impreza, Crosstrek and Forester as an available upgrade. I could also see it used in the BRZ if they go with the 2.4NA. Hope to see that engine stateside soon as their lineup could really use it.
CGO wrote on October 24, 2019 - 10:18am Permalink
We'd be a Subaru family if the Levorg were sold in Canada. My wife drives a Lagacy. Personally, I don't want a Legacy or Outback.
Phlinak wrote on October 24, 2019 - 2:53pm Permalink
I second that, Denis. With VW pulling the Alltrack and Golf Sportwagen from the US, I would love to see Subaru bring the Levorg here.

Tesla-Funded Research Reveals One of The Biggest Mysteries of EV Battery
Tesla Tesla Buyer Nets a Whopping $12,000 Discount After Asking for Reduction
END_OF_DOCUMENT_TOKEN_TO_BE_REPLACED