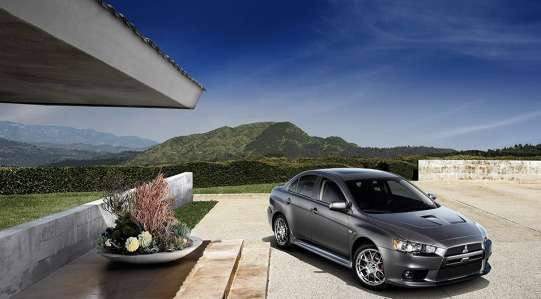 Mitsubishi boss says Lancer Evolution will be replaced with an SUV

The 2015 Mitsubishi Lancer Evolution is going out after this model year. Will it really be replaced by a PHEV SUV?
Advertisement

According to a report by Autocar UK, the outgoing 2015 Mitsubishi Lancer Evolution performance car will be replaced by a high-performance SUV. It looks like the Subaru WRX STI will be the only Japanese sports car left to compete with the sports cars from Germany. The Mitsubishi Lancer Evolution is going away for good after the last 2015 model rolls off the assembly line next year.

Mitsubishi Motors Corporation (MMC) has chosen to go in a very different direction with the rally-bred sports car and the new performance vehicle will be a hybrid SUV. Mitsubishi product boss Kanenori Okamoto told Autocar UK that “the Lancer Evolution will not exist as we know it. It will be replaced in spirit by an SUV with high performance.”

MMC developing the technology in motorsports

It’s not a surprise as MMC has been serious about developing the electric technology and has been highly successful in motorsports. Mitsubishi just won an impressive victory at Pikes Peak earlier this year with the MiEV Evolution III. They are also testing the performance Mitsubishi Outlander PHEV on the grueling rally courses in the Asian Pacific courses. They’ve had good success in both extreme environments and will use the technology in future performance cars.

Would fans buy a performance SUV?

Mitsubishi has supported their performance fans in the past in a big way. Lancer Evolution sports cars are owned by performance fans who like to tune and upgrade the power. Mitsubishi has supported this enthusiastic tuner community by designing the EVO platform to easily accept aftermarket upgrades. If MMC continues to support this dedicated community of performance fans, then they would surely buy the new performance PHEV SUV. One of our readers who is an EVO fan asks “Will a future, greener Mitsubishi continue to support fanatic fans by giving them a platform they can improve on? Assuming I don't have to spend 60K on a new EVO, then sure, I might trade in my tuned 2012 for something new.”

A performance Mitsubishi is being developed

Cory wrote on January 20, 2016 - 2:35pm Permalink
Are you kidding me. Evo fans supporting an SUV!!! You must be working for Mitsubishi because ANY AND EVERY EVO FAN I HAVE TALKED TO ARE DOOONNNEEEE WITH MITSUBISHI. No one in there right mind who loves awd rally cars will switch over to an SUV, for THAT reason, ITS AN SUV!!!! I'm done with Mitsubishi . The Evo and Ralliart are the ONLY two appealing cars Mitsubishi ever made. Unless you 50 years and older and do 10 k under the speed limit. Bye bye Mitsubishi. Time to cross over to Subaru.