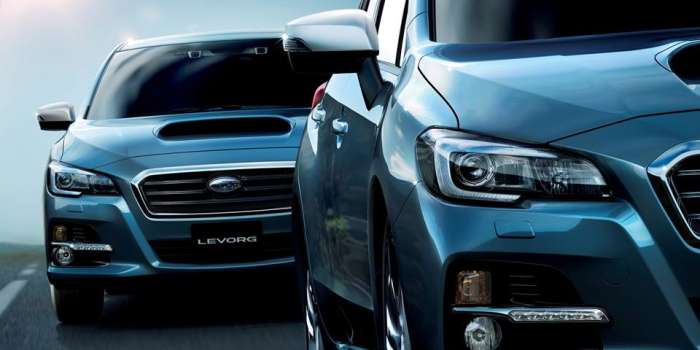 LEVORG STI could point to more performance cars from STI

The new 2015 Subaru WRX STI may not be the only Subaru STI for long. Subaru will be unveiling the new LEVORG STI Concept performance sports tourer at the Tokyo Auto Salon 2014.
Advertisement

Subaru’s high-performance division Subaru Tecnica International (STI) is busy at work developing another performance car for the brand, and there may be more coming. Subaru is bringing five uniquely customized versions of the LEVORG sports tourer to the Tokyo Auto Salon 2014 that runs from January 10-12. One will be developed by STI for Subaru and it could be the beginning of more STI performance cars coming from Subaru.

The Japanese automaker will be unveiling the all-new 2015 WRX STI at the NAIAS in Detroit next month and the new LEVORG STI in Japan near the same time. The Subaru WRX STI has been popular in the U.S. since 2004 and the only STI vehicle the brand has produced up until now. But could we be seeing the conservative automaker beginning to produce more performance vehicles?

The LEVORG STI will likely be launched in the Japanese and European markets initially. Wagons have not been great sellers here in the U.S. and the sports tourer should sell well in Europe where they are top sellers for many brands. Subaru will test how it does there first, but they could bring it to North America if they do away with the WRX STI five-door hatch. Many hatchback fans are upset with Subaru for axing the five-door.

What other STI vehicles might Subaru be considering? Many are not aware, but Subaru already produces a 2014 Forester tS for the Russian market. It was developed by STI and comes with “tS” badging which stands for “Tuned by STI.” The Forester tS has been on sale in Japan for about a year, and Subaru launched the performance model in Russia to test whether STI-tweaked models will have a broader appeal.

But we have no idea why they chose Russia as the test market. Subaru execs seem to think it’s an ideal place to test the new STI Forester. "Russia is the perfect market to trial sales of a more aggressive Forester, but it's clear that STI's abilities and experience could work on other cars in other markets," a Subaru official told AutoCar at the Moscow Motor Show last year.

The source also told AutoCar last year, that it doesn't necessarily make sense for STI to restrict its performance tuning to the Impreza WRX. Assuming the Forester tS is successful in Russia, expect it and other STI projects like the LEVORG STI to spread across other global markets. WRX STI has been extremely popular in North America, Australia, and the UK.

The Russian Forester tS gets a turbocharged 2.5-liter engine with 259 hp and 256 lb-ft of torque, with a five-speed automatic. STI-specific springs and shocks, upgraded chassis braces and anti-sway bars, help improve the Forester's handling performance. Outside 17-inch gold wheels, abundant "tS" and "STI" emblems set it apart. Inside it gets special Alcantara leather upholstery, and a leather-wrapped sports steering wheel with red stitching.

The Forester is selling well with new buyers who have never purchased a Subaru before and a new Forester STI could be a hot seller. And a BRZ STI with added hp would make BRZ fans happy. With the new LEVORG STI Concept and the 2014 Forester tS, new Japan BRZ tS, it looks like Subaru’s STI division is gearing up for more performance models. We just hope we see them here in the U.S.