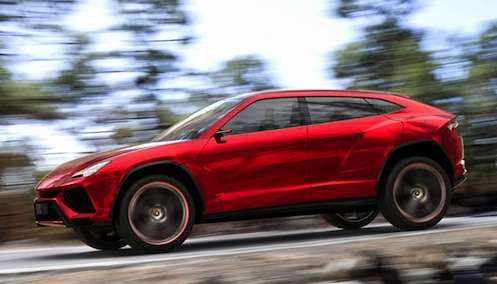 Lamborghini trademarks 'Huracan' and moves away from bullfighting

Lamborghini has recently filed an application to trademark the Huracan name for future use.
Advertisement

After just recently filing trademarks for the names Urus and Deimos, and using the first for Lamborghini’s concept version of its future sport utility vehicle, they are busy again trademarking the name Huracan. Deimos has not been assigned to any supercar as yet, and we are curious as to where the Huracan name will end up being used.

Car and Driver who reported the new Huracan name, says Lamborghini doesn’t trademark names and then not end up using them. The Italian supercar maker usually puts them to work even if it’s just on one of their concept cars. They speculate that the Urus will stay attached to the new concept SUV, with Huracan and Deimos being used for the actual production crossover and the replacement for the Gallardo.

Lamborghini has an interesting history for naming their cars and most have been Spanish words associated with bullfighting. Why an Italian car company would use Spanish words instead of words from their own language is anyone’s guess. And as you’ve probably already figured out, Huracan is the Spanish word for hurricane.

Spanish explorers picked up the word from the Mayan culture and according to most authorities, the word simply meant “storm” although some less reliable sources indicate that it also referred to a storm god or an evil spirit. Deimos, a mythical Greek god meaning “dread”, was the personification of terror. Urus is named after an extinct wild ox of Europe, northern Africa, and western Asia.

These names are a departure from Lamborghini’s names in the past which have been associated with Spanish bulls. Murcielago was taken from a legendary bull who was still standing after 24 stabs from the the matador's sword. Reventon was a bull best known for killing famed bullfighter Felix Guzman in 1943. Gallardo is named after a famous breed of fighting bull and is also Spanish for the word gallant, and Estoque is a bullfighting sword.

The name Miura is taken from the Spanish ranch of legendary bull breeder Don Antonio Miura, whose bulls have a proverbial attack instinct. The Espada's name is also tied to bulls and bullfighting and means "sword" in Spanish, the weapon of the matador.

The Islero was named after a bull that killed famed matador Manuel Rodriguez Manolete. The name 'Diablo' was taken from a ferocious bull that fought an epic battle with the matador El Chicorro in Madrid, and Jarama is an area renowned both for bullfighting and for its motor racing circuit.

The most popular car by Lamborghini, the Countach, is the only car name that isn’t tied to bull fighting. The word "Countach" is an exclamation of astonishment in the local Piedmontese language, generally used by men on seeing an extremely beautiful woman.

Whatever Lamborghini ultimately does with the names, it looks as if the carmaker is moving away from naming cars after famous fighting bulls. But an SUV is also a big departure from anything the supercar maker has done in the past.