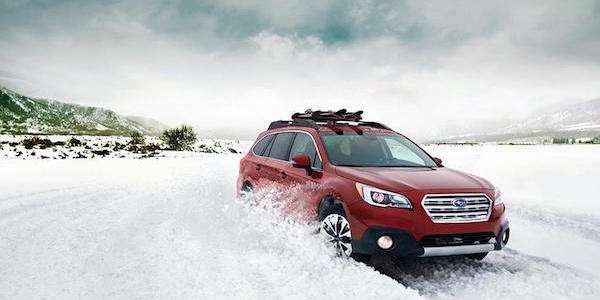 It's another record year for Subaru. The 2016 Forester, Outback, Crosstrek and WRX/STI have pulled off the unthinkable.
Advertisement

Subaru has produced an all-star lineup that has their own executives baffled at how well they are doing. Subaru’s 2016 Forester, Outback, Crosstrek and WRX/STI are selling better than anytime in their history. Record sales are one thing, but historic results are another. Subaru is out-performing their own projections and achieving unbelievable sales numbers.

It’s a banner year for Subaru

It was the best year ever for five of their vehicles: 2016 Forester, 2016 Outback, 2016 Crosstrek, 2016 WRX and 2016 WRX STI. These vehicles helped Subaru of America (SOA) achieve a record-breaking year in 2015 by selling 582,675 vehicles. That’s an increase of 13.4 percent over the previous annual record of 513,693 vehicles set in 2014. This isn’t anything new for SOA. This is the seventh consecutive year of sales records and their eighth consecutive year of sales increases.

How is Subaru doing it?

When you have a niche lineup of all-purpose vehicles like Subaru, they can’t keep consumers away from their showrooms. Fuji Heavy Industries (FHI) maker of Subaru automobiles has been doing it with their niche market all-wheel-drive recreation-purposed lineup of Forester, Outback and Crosstrek vehicles that is appealing to an active generation of consumers in the U.S. Their performance division STI is also doing quite well with the WRX/STI sedans and are drawing performance enthusiasts in record numbers too.

Jeff Walters, senior vice president of sales says, “We have the right product line-up, strong marketing and a superior retailer network providing us with a solid foundation for future growth.” When other automakers continue to get bigger, Subaru remains small in order to keep production costs low and costs down for consumers. Subaru isn’t standing still. FHI will launch the new 2017 Impreza next year, and a new 3-row crossover in 2018. 2015 was an incredible year for the tiny automaker from Japan. By staying small and giving consumers what they want, Subaru achieved historic results with the 2016 Forester, Outback, Crosstrek and WRX/STI models.