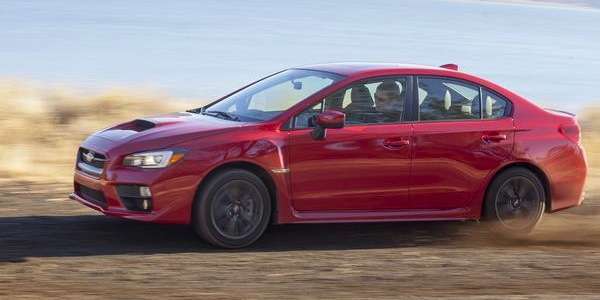 How Subaru and Ferrari are a lot alike

Subaru builds the 2016 WRX/STI performance car, Ferrari builds the 488 GTB and other sports cars. What makes the two automakers a lot alike?
Advertisement

According to a story by Bloomberg, in 2014, Subaru made a profit of nine cents on every dollar of sales, translating to $2.4 billion in net income. Nine cents may not sound like much, but it’s nine cents that is free and clear after all employees, research, suppliers and charities have been paid. Subaru does it better than anyone else.

No other automaker on the planet was able to reap those kind of profits. Toyota the next best on the list made (8 percent), BMW (7.2 percent), and next Ford (2.2 percent). Subaru is outperforming all other automakers and what they are doing with their niche market of all-wheel-drive vehicles is working well. Subaru is at a crossroads like Ferrari. Ferrari doesn’t have those kind of performance profits, but they have created a unique position in the auto industry like Subaru.

How are Subaru and Ferrari a lot alike?

Both Subaru and Ferrari are into performance cars and motorsports, but both companies are tiny in relation to the big giant automakers. While Subaru produces about 400,000 cars in the U.S. a year and Ferrari builds 7,000 total, both companies have created a smaller niche market where they thrive.

Will these two companies stay small, or will they grow bigger? According to a story by The Business Insider, Subaru could raise production by 300,000 more cars annually, “so Ferrari is assumed to be under pressure in coming years to raise its output to 10,000.”

That kind of increase in production is relative to the size of Subaru and Ferrari and would have a similar affect on profits. BI says, “Building 3,000 more Ferraris each year will change the Italian carmaker decisively; currently, exclusivity is the key to what makes it, well ... Ferrari.”

We don’t think more performance 2016 Subaru WRX STIs would undermine Subaru's “Subaru-ness." It would affect their profits as they expand and build new factories to handle the increase in production. Subaru and Ferrari are at a crossroads with the performance of their companies growth. Do they stay small, or do they grow larger and risk losing those record profits and what makes then unique in the market?