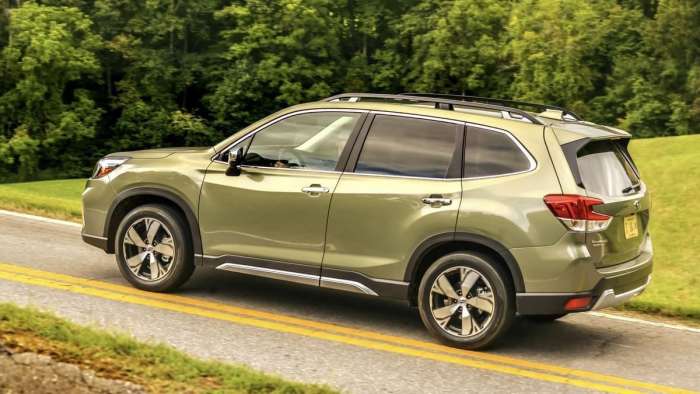 How Safe Will You Be Driving A New Subaru Forester?

The all-new 2019 Subaru Forester and Legacy have the longest top safety picks win streak in America. See how they keep doing it.
Advertisement

How safe do you want to be if you get in a car accident? As safe as possible if you want to walk away with little or no injuries. Subaru automobiles have been the safest cars on the road for decades now and they just aced the newest Insurance Institute for Highway Safety (IIHS) crash tests with the 2019 Subaru Ascent, Impreza (sedan and 5-Door), Crosstrek, Legacy, Outback, and WRX getting top scores.

Subaru’s win streak of top safety picks goes back over a decade. The Subaru Legacy sedan continues its streak as the longest-running midsize sedan with top safety ratings for an astounding 14th year in a row, while the Forester SUV extends its title as the longest running TSP winner in the small SUV category with a record 13th win. Both impressive feats.

Subaru developed proprietary crash methods more than 10 years before new car assessment programs were ever developed. They began testing their micro car the Subaru 300 in 1965. Pedestrian crash safety testing was also conducted by Subaru before it became an industry standard. The Japanese automaker has been fine-tuning their vehicle safety for almost 50 years, and Subaru is spending more on safety research now.

Subaru touts how they want to be the global leader in overall safety. They've been developing their EyeSight driver assist safety system when it launched in 1999. The Subaru Corporation has used the stereo cameras as safety devices ever since, and Active Driver Assist (ADA) continues to be developed to this day in the new-generation EyeSight that comes as standard equipment on the all-new 2019 Subaru Ascent family hauler as well as the Outback SUV/Crossover, Legacy sedan and newly-redesigned 2019 Forester SUV. 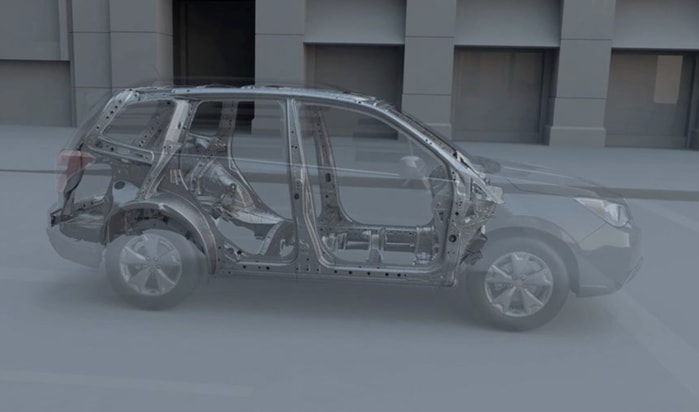 Since 2014, all Subaru models have been enhanced even more to provide better protection in the structure increasing cabin rigidity and absorbing impact energy from any direction. This is the design that gives the superior protection that enables all their vehicles to keep achieving these safety awards year after year.

All new-generation Subaru vehicles like the new 2019 Forester, Ascent, Crosstrek, and Impreza also ride on new underpinnings. The new Subaru Global Platform (SGP), they spent $1 Billion dollars to develop, makes their vehicles even safer because of better protection in the structure. It's working for the Japanese automaker because IIHS says Subaru leads all automakers in safety performance achieving TOP SAFETY PICK+ awards on seven of their 2019 models, more than any other automaker.