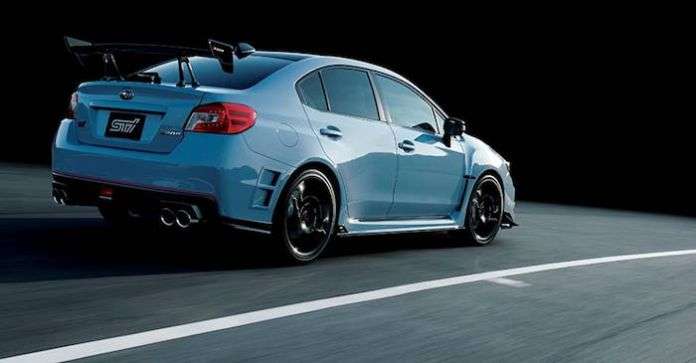 The 2018 Subaru WRX STI S208 made its debut in Tokyo. How does the Japan-only model, compare to the US-spec Type RA?
Advertisement

The 2018 Subaru WRX STI S208 is an exclusive Japan-spec model limited to just 450 units, and was unveiled at the Tokyo Motor Show yesterday. The special STI will be a big hit in the home country of Subaru and there’s differences from the standard model. U.S. performance enthusiasts get a similar WRX STI Type RA model enhanced by Subaru Tecnica International (STI). How does the top-end STI S208 compare to the North American variant?

The 2018 WRX STI S208 is the top-end model of Subaru’s high-performance cars. The Japan-only model gets modifications to the engine, suspension, and comes with exterior and interior enhancements. On the outside it gets STI-designed BBS 19-inch forged aluminum wheels, wrapped in 255/35R19 Dunlop Sport Maxx RT rubber, a carbon fiber roof, and a dry carbon-fiber trunk lip spoiler. It also features a large front under spoiler and STI-designed Recaro front bucket seats and exclusive sports instruments for the interior. 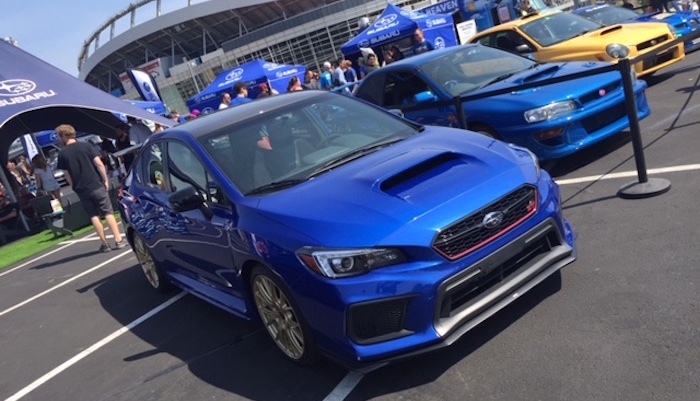 The big difference between the Japan-spec S208 and the US-spec STI Type RA is what’s under the hood scoop. It’s also coming with more horsepower than the standard model, but it’s not much more, and 15hp less than the S208. Type RA runs the 2.5-liter EJ25 turbo boxer engine and it's getting some STI modifications that will bump up the power to 310hp. The torque stays the same at 290 lb. ft.

Both S208 and Type RA get suspension upgrades with inverted front struts and rear double wishbone suspension all with Bilstein dampers, and a modified multi-mode VDC for better stability. They also come with upgraded 18-inch Brembo brakes front and rear featuring an exclusive silver finish and come paired with cross-drilled rotors for improved heat dissipation.

We think the Japan-spec 2018 Subaru WRX STI S208 is the better performance machine with the EJ20 2.0-liter DOHC twin scroll turbo boxer over the 2018 Subaru WRX STI Type RA with the aging EJ25 boxer powerplant. The extra 15hp and additional 28 lb ft of torque and other engine upgrades would make a big difference in performance.

Check out the new Subaru VIZIV Performance Concept at the Tokyo Motor Show.

Harry wrote on April 28, 2018 - 12:53pm Permalink
Aging ej257 power plant? You do know the ej207 is the same age at least. perhaps even older right? Get your own opinion instead of copy pasting everyone elses.