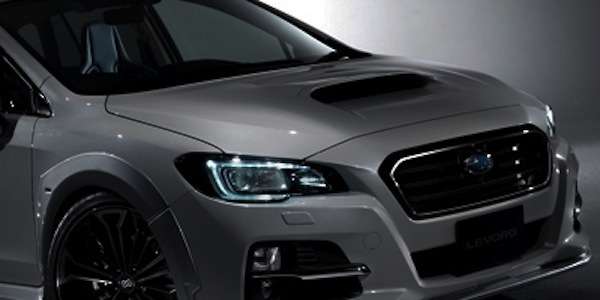 If anyone knows how to customize the 2015 Subaru WRX S4 it would be custom tuner and performance auto parts manufacturer PROVA. The custom tuner has been working with Subaru for over 30 years and has the experience and track record to prove it. PROVA has developed a new 2015 WRX S4 and it will likely be a big hit with performance fans at the Tokyo Auto Salon that runs from January 9-11, 2015.

PROVA has a long history with Subaru

PROVA started with Subaru back in 1980 when they started developing high-performance parts for their cars. They began their involvement in motorsports in 1982 in Subaru’s first 4WD race car, a Leone RX coupe, and competed in the Fuji 1000km race. They continued their race activities with Subaru in the N1 endurance, Group A and the Nurburgring 24-hours in the mid-late 80s.

They continue their involvement with Subaru today and produce an entire line of performance parts for the whole Subaru lineup including the new 2015 WRX S4 performance sedan and LEVORG sports tourer. They make everything from lowering springs, carbon fiber exterior parts and sport exhaust systems for the vehicles. So the new 2015 S4 PROVA should be a highly-customized sports car and a big draw for performance enthusiasts at Tokyo Auto Salon 2015.

Subaru will also bring other custom vehicles to the show and unveil three new concept vehicles like the "Legacy B4 Blitzen Concept", "Subaru XV Sport Concept" and the "Levorg S Concept" tuned by STI. Of course none of these vehicles will ever make it to production, but it gives the Japanese automaker an opportunity to show off their new models in a customized presentation

It should be another great year of motorsports activities for the Japanese automaker. Subaru and Subaru Tecnica International Inc. (STI) will also show off their new race cars that will be competing in 2015. They will bring the new WRX STI NBR Challenge 2015 race car, a new car for the 24-hour Nurburgring endurance race in 2015, and the Subaru BRZ GT300 2015 for Super GT race series will also be exhibited. Subaru Motorsport Activities will be announced at the press conference on January 9th, 2015.

Stay tuned for the new 2015 Subaru WRX S4 customized by PROVA that will be unveiled on January 9 at the Tokyo Motor Show.