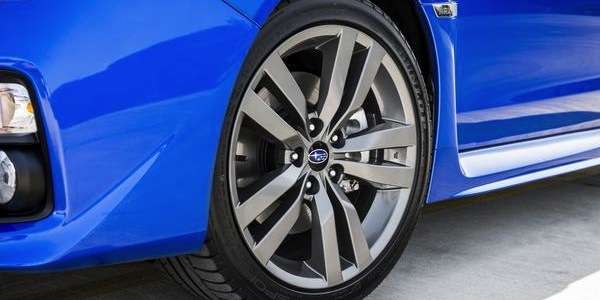 Subaru has issued a recall of 72,000 vehicles due to a potential emergency braking issue. Which vehicles are affected?
Advertisement

The National Highway Traffic Safety Administration says 72,000 Subaru vehicles in the U.S. are at risk for a potential emergency braking issue. Which vehicles are affected? The 2016 Subaru WRX, 2015 Subaru Outback, 2015 XV Crosstrek, 2015 Legacy and 2015 Impreza are affected by the recall. Subaru Australia also has a recall that affects 2015 Outback and Liberty models for the same issue.

NHTSA says if one of the car's brake lights aren't working, Subaru’s PCB system may not operate as intended in an emergency braking situation.

Subaru says that if there is a brake lamp switch (BLS) failure in an affected vehicle, the PCB system may not operate as intended in an emergency braking situation. This could occur when the driver has failed to apply the brake. The system could also fail to properly engage the brakes when the vehicle has been placed in ACC mode. This is due to a software programming issue.

Subaru says the issue does not affect the performance of the brakes when engaged by the driver. If the 2016 WRX or 2015 Outback, XV Crosstrek, Legacy or Impreza suffers a BLS failure, the Vehicle Dynamics control (VDC) warning light will illuminate in the Multi-Information Display located in the driver’s instrument cluster, notifying the driver that there has been a malfunction.

Fuji Heavy Industries, manufacturer of Subaru vehicles, found the issue while they were doing some internal checking and the recall is a precaution to ensure safety. There have been no reports of accidents in the U.S. or in any other global markets where these new models are sold.

What should owners do next?

Owners will be contacted by mail soon and will be asked to bring their 2016 Subaru WRX, 2015 Outback, XV Crosstrek, Legacy or Impreza vehicle to a Subaru dealer for rectification. The procedure consists of downloading a modified program into the potentially affected vehicle and takes approximately 30 minutes. Dominick Infante, National Manager, Product Communications for Subaru told USA Today, "It's really an easy fix for the customer."