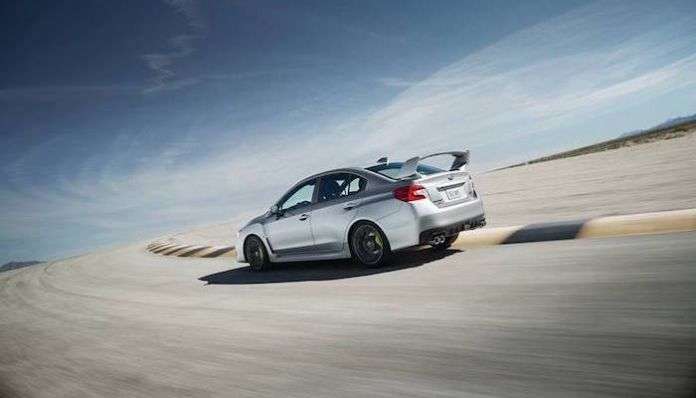 Does Subaru WRX STI Demise In the UK Signal the End in US?

Subaru UK announced the end of the WRX STI performance car in the UK and it shocked performance fans. Is this a signal of it’s demise in the U.S. too?
Advertisement

When Subaru UK announced it would stop selling the WRX STI rally-bred performance machine, it shocked performance fans. Could this be the end of the iconic WRX STI around the globe? If you want to see what’s going on in the automotive world, keep your eyes on Europe. The EU is the driving force to kill Internal Combustion Engine (ICE) vehicles. Is this the end of the WRX STI?

There have been many articles written about the end of gas and diesel powered cars. CNN Money reports, the UK, France, Norway and India all want to completely ban gas and diesel cars in favor of cleaner EV vehicles. The NY Times says the UK will ban sales of new gasoline and diesel cars starting in 2040 as part of a bid to clean up the country's air. Norway has a target of 2025 to go completely all-electric, and India says every vehicle sold in the country should be powered by electricity by 2030.

What’s the future for WRX STI

So what does this all mean for the WRX STI in the US? The U.S. doesn't have a federal policy now, but at least eight states, with California leading the way, have set goals for all-electric car sales. Just like Europe, the ICE vehicle’s demise is coming to US shores and it’s only a matter of time.

What will happen to the WRX STI performance car? We don’t see Subaru axing the STI in the U.S. like they did in the UK. Subaru has sold 26,572 WRX/STIs in the U.S. this year and they don’t want to loose those sales. But the WRX/STI will be changing in big ways in the future.

Subaru Corporation will have to change just like all automakers to meet the coming global EV revolution. Subaru will develop the technology to meet the new regulations and will make the shift to full-electric vehicles like the rest of the industry. Subaru boss Yasuyuki Yoshinaga says, “We'll be sure to comply with regulations. But at the same time, the overall industry is now shifting its electrification focus toward EVs. We are in the age where we cannot just go on launching EVs only as regulation compliance cars.”

The WRX/STI won’t go away in the U.S. like the UK, but it will be getting drastic changes. As Subaru Corp develops new EV technology with Toyota, Mazda and Denso, they will adapt it to make the WRX STI an eco-performance model. We don’t think it will be as drastic as what Mitsubishi did with the EVO, dropping it in its current form, and resurrecting it as an EV crossover. It will likely evolve from a Boxer-only powered machine into a plug-in hybrid and then eventually into a full all-electric eco-performance car.

What’s in store for the iconic Subaru WRX STI? Subaru is working now on a plug-in hybrid model for 2018 (likely a Crosstrek) and an all-electric EV to launch in 2021. Subaru will be developing new hybrid, plug-in hybrid and all-electric powertrains for the STI as the internal combustion engine will eventually meet its demise. It could be 15-20 years away, but it’s coming.