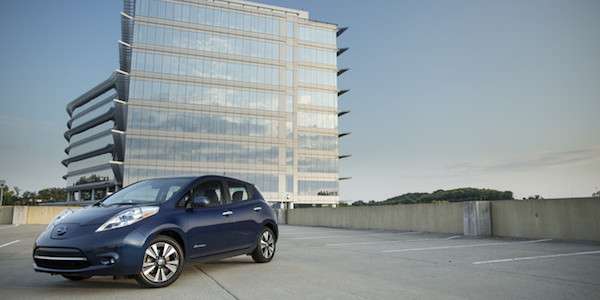 Are You Ready for an All-Electric Car Future? 2016 Will Be Known as the Global EV Tipping Point

Why will 2016 be known as the global EV tipping point? What happened in Paris and LA is a harbinger.
Advertisement

The electric vehicle (EV) revolution is here now and there’s no turning back. When we look back at 2016 from an automotive perspective, it will likely be known as the EV global tipping point. It’s the year that ushered in the electric-vehicle to be mainstream. The Nissan LEAF is the industries best-selling EV ever, with more than 230,000 units sold globally, which is still just a drop in the bucket of total worldwide vehicle sales. So how can this be a tipping point?

While full-electric cars are still a small fraction of total global auto sales (less than one percent), the pendulum may have reached the half way point with automaker’s commitment to the technology and there’s no stopping it now.

The wholesale embracement of electric vehicles is not being driven by consumer demand but by circumstance, politics and regulation. Automakers around the globe seem to have reached the point where they have accepted the inevitability of a future that is substantially electric.

What happened at the Paris and LA Auto Shows gives auto enthusiasts good reason to see where the industry is headed. And it’s headed there fast. What was once a half-hearted attempt by automakers, has now turned to a full-fledged commitment for many automakers, as was prominently on display at the recent Mondial de l’Automobile Auto Show in Paris. It was also on display in a big way in LA.

The all-electric future is here now

Most of those Nissan LEAFs have been sold in Europe where the demand for a small electric vehicle is higher. The technology is also being embraced by the European automakers, likely because of the pressure they feel from their respective governments. Germany’s parliament, passed a resolution recently that calls for a nationwide internal combustion car ban from its highways and streets by 2030. At the auto show in Paris, the Europeans, introduced or made significant announcements about new electric vehicles, not just concepts but production vehicles.

While the general public hasn’t embraced the wholesale change to an all-electric car future, automakers are already making huge changes to transition their entire lineups to go beyond just hybrid, but to full-on electric vehicles with energy supplied from an outside source such as the electricity grid or hydrogen for a fuel cell. More on Page 2.

Most consumers wouldn’t buy the best-selling Nissan LEAF, but there are more all-electric mainstream crossover and SUV vehicles coming soon from many automakers. 2016 will be the year we look back and see it was the tipping point where automakers accepted the inevitability of a future that is substantially electric. The focus now for automakers will be on extending EV driving range, making the technology more acceptable to consumers. Stay tuned.