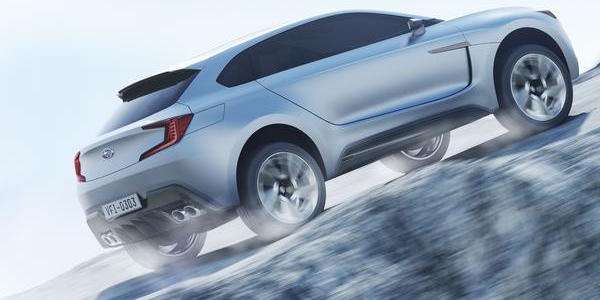 Is Subaru too Small to Survive the Coming EV Revolution? CEO Says a New EV is in the Pipeline

Tiny Subaru will need to develop EV technology to survive. Their CEO says they have a PHEV and new EV vehicle in the pipeline.
Advertisement

Is Subaru too small to survive the coming EV revolution? Subaru’s future will include a plug-in hybrid and a new all-electric vehicle soon. Both are in the pipeline and there’s big changes coming to the small Japanese automaker. Yasuyuki Yoshinaga, CEO of Fuji Heavy Industries, manufacturer of Subaru cars told Automotive News, the vehicles are already on the drawing board.

Subaru needs to develop the technology to meet the new regulations that all automakers have to meet. But look for Subaru to make the shift to full-electric vehicles like the rest of the industry. Yoshinaga says, “We'll be sure to comply with regulations. But at the same time, the overall industry is now shifting its electrification focus toward EVs. We are in the age where we cannot just go on launching EVs only as regulation compliance cars.”

Subaru has the advantage of using some of Toyota’s hybrid technology as the giant Japanese automaker owns a 16.5 percent stake in Subaru. They also have a partnership with the Subaru BRZ/Toyota 86 sports coupe. Yoshinaga says they will develop their own EV technology internally. He went on to say, “We will develop an original system, but using batteries and motors supplied from outside.

Subaru will be introducing the new plug-in hybrid and all-electric vehicle globally as well as the US. Subaru sells 60 percent of all their vehicles in the US and it’s an important market. Yoshinaga says as regulations get stricter, launch timings will vary from country to country, but the technology will be introduced globally.

Subaru is small, but they have resources available to them from Toyota and also technology from their own aerospace manufacturing divisions. A Subaru plug-in hybrid is already being developed for 2018 and a new all-electric vehicle is on the drawing board. Subaru knows this is the technology trend, and that EVs will be mainstream in the near future. Big changes are coming tot he auto industry and it looks like the new Subaru Corporation will be ready.