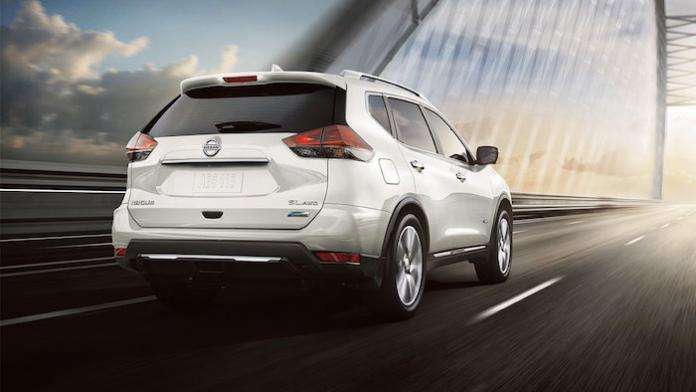 Do You See More Nissan Rogue's on the Road? It’s the Hottest Crossover in America

Are you seeing more Rogue’s on the road where you live? The new 2017 Nissan Rogue is the hottest crossover in America and in the brand’s lineup.
Advertisement

If you think you are seeing more new 2017 Nissan Rogue’s on the road, you would be right. The newly-remodeled Rogue crossover is a hot car in the Nissan lineup and in America. In fact, it’s the number one selling nameplate for the Japanese automaker. The Rogue was tops for the brand with 34,349 units sold in June. That’s a 17.4 percent increase over last year’s numbers.

The next closest vehicle in the lineup is the Altima sedan with 28,042 units sold which is down 8 percent for the month over year. The Rogue is by far the hottest vehicle in the Nissan showrooms and it’s flying off dealer lots.

Why is Rogue so hot?

The Rogue has been on the climb ever since the introduction of the completely redesigned second-generation model for 2014. The crossover has seen three straight years of sales growth. It took another big step forward for 2017 with new styling, enhanced utility and an expanded suite of Nissan Safety Shield technologies, and it helped push sales even higher.

Nissan also launched the new 2017 Rogue Sport this spring. The Rogue Sport is not just another Rogue with a new nameplate. It’s smaller than the standard Rogue and comes with a lower price. The new Rogue Sport looks like the Qashqai crossover that’s so popular in Europe.

Rogue Sport has a 2.3-inch shorter wheelbase and a 12.1-inch shorter overall length than Rogue, which will make it a capable urban commuter. It features up to 61.1 cubic feet of cargo space (2nd row seat folded) and available innovative Divide-N-Hide Cargo System to the Around View Monitor (AVM) with Moving Object Detection (MOD).

It looks like the newly-remodeled 2017 Nissan Rogue is going to stay number one in the brand’s lineup. It gets new styling, enhanced utility and an expanded suite of Nissan Safety Shield technologies that are attracting new crossover buyers. If you think you are seeing more new 2017 Nissan Rogue’s on the road, you would be right.