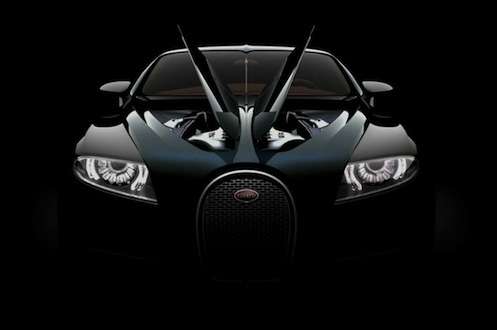 Bugatti 16C Galibier: The fastest sedan in the world [Video]

Bugatti has just released a video teaser of the 16C Galibier four-door concept car that could be making it to production in the next few years.
Advertisement

While most car companies tease us with a fifteen second video to wet our appetites, Bugatti’s teaser video of the 16C Galibier is 4:44 minutes long. But no one ever accused Bugatti of being just another car company. The French carmaker has shown us the upcoming four-door supercar from every angle and it’s very impressive.

Just think of the Bugatti 16C Galibier as a four-door Veyron. While it’s still a concept, the car has received an amazing amount of attention. And why wouldn’t the fastest four-door sedan in the world grab the amount of coverage it has in the media? Since it was unveiled in 2009, the car has been gotten more ink than any other concept car.

So why is it taking Bugatti so long to bring the 16C Galibier to production? With a previously confirmed sales date of Fall 2012, the super sedan apparently is another three or four years away from reaching production. According to Auto Motor Sport, Bugatti CEO Wolfgang Durheimer, wants the car to be more powerful. In describing the Galibier, Durheimer said, "it’s just not outrageous enough."

From a car company who produces the Veyron, it’s no wonder they want the Galibier to be the "most exclusive, elegant, and powerful four door automobile in the world.” The exclusive car company has high expectations for a car that will reportedly exceed the Veyron’s $1.7 million sticker price. The fear, at least according to Inside Line, appears to be that the Galibier is still not the "conversation stopper" that will end the argument.

According to the Bugatti boss, the current 800 horsepower isn’t anything more than tuners can already deliver, and he doesn’t want tuners involved in the discussion. The company wants to set the benchmark for a brand that has a history and tradition of being the epitome of exclusivity.

For Bugatti, it means more than just bumping up the horsepower in the Galibier. It means adding touches like porcelain trimmings in the interior, polished aluminum fenders and doors, and eight exhaust pipes that exit the rear of the super sedan.

Durheimer has said that there will never be a new Bugatti that is weaker than its predecessor. We assume that means not only will the production 16C Galibier 16-cylinder engine be putting out in excess of 1000 horsepower, but the 3000 cars that will ultimately be produced, will be the finest examples yet of Bugatti’s passion for producing the most luxurious, elegant and extraordinary designed cars on the planet.