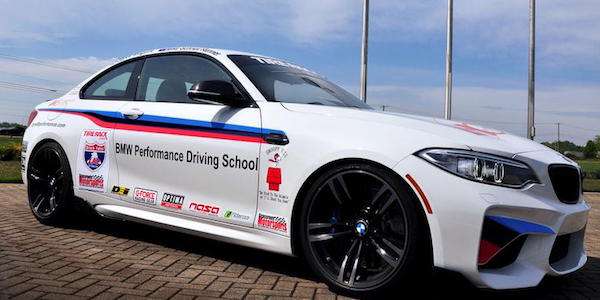 BMW M2 Takes On Wild and Wacky One Lap of America

The new BMW M2 will take on the 2016 One Lap of America. Can it win?
Advertisement

What does it take to run in the One Lap of America?

The car of your choice (there's a competition class to fit every automobile), the $3,000 entry fee, two drivers who have each had some racing experience (and/or two drivers' schools). And, as One Lap of America says, “The willingness to confirm your parents' suspicion that there was always something wrong with you.” It sounds like a gear heads dream cruise.

The 2016 BMW M2 will compete in the SSGT1 Small Bore Stock Touring class. This year’s team will be co-piloted by BMW Performance Center Driving Instructor, Michael Schnell Renner and Stephen Maguire of United BMW Roswell of Atlanta. Renner won both the 2015 One Lap of America Truck/SUV and Stock Touring classes piloting a BMW X6M.

Sponsoring the new BMW M2 will be IHG Rewards Club, BMW M Performance Parts and BMW Performance Driving School. The M2 should be a perfect fit for the competition with its high-performance and track abilities. BMW M Performance will add a few other upgrades to the M2 Coupe for the motorsports event.