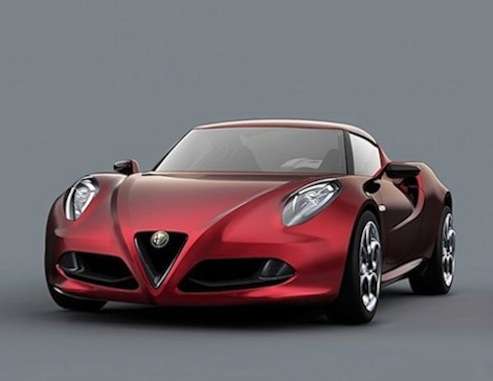 Maserati has announced it will be building the production model of the Alfa Romeo 4C that was introduced as a concept in Geneva.
Advertisement

Fiat has announced that Maserati will begin building the Alfa Romeo 4C at their Modena, Italy plant where it builds its flagship GranTurismo coupe and convertible models. Production of the 4C is expected to begin in May of next year. The production of the sports car concept that made it debut in Geneva, is likely to mark Alfa Romeo’s return to the U.S. As reported by Motor Authority, Maserati estimates it will build up to 2,500 units of the small lightweight sports car annually.

In addition to announcing the production plans of the new Alfa Romeo 4C, Maserati plans to ramp up its operations and will build up to 50,000 of its own trident-badged cars by 2015, an increase of 10 times the cars it currently builds. Maserati says it will launch three new models over the next 24 months, including a new Quattroporte sedan, followed by a sporty sedan similar in size to the BMW 5-Series, and a luxury SUV patterned after the Kubang concept and will feature a Jeep Grand Cherokee drivetrain.

The Alfa Romeo 4C that made its debut at the Geneva Motor Show in 2011 is a small lightweight sports car. The car is a rear-wheel drive mid-engine design that will weight less than 1870 pounds. If the production model gets the same engine as the concept car, it will be powered by a 1.7-liter, direct-injected turbo four-cylinder used in various cars across the Fiat line. The turbocharged engine has 200-plus horsepower and reports say possibly more than 250 when it reaches production.

The 4C's light weight is made possible through the extensive use of carbon fiber throughout the vehicle and it should produce sub-five-second 0-to-60-mph times. Weight distribution is reported to be 40-percent front/60-percent rear, with the engine mated to a dual-clutch gearbox. The car is equipped with Alfa’s “DNA” chassis-adjustment system that includes Dynamic, Normal, and All-Weather modes.

The body of the 4C is made entirely from carbon fiber and plays a role in its structural integrity. Underneath, the subframe is formed largely from aluminum with the suspension consisting of multiple links in the front and struts out back. The combination of light weight and the power-to-weight ratio suggests the performance of the 4C will be on par with that of a Porsche Cayman.

With its sporty styling and Italian roots, the Alfa Romeo 4C’s return to the U.S. should be met with excitement. Pricing has not yet been announced, but reports suggest the 4C will be somewhere in the mid $60,000.

Nicolas Zart wrote on April 16, 2012 - 2:42pm Permalink
Hi Denis, excellent news from the Alfa Romeo/Maserati association promised by Fiat a year ago when they said they were restructuring the whole line, i.e. Ferrari stays on its own but Alfa Romeo was moving in with Maserati. However, I'm not sure either Alfa, Maserati or Fiat announced properly the 4c. They said an Alfa Romeo last I heard. On another note, did you notice the mat red/orange paint job? As much as I don't like the black mat paint jobs on car, that red/orange was velvety and simply superb. Nicolas