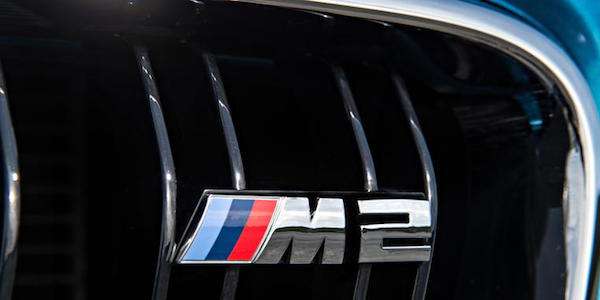 5 Reasons Why BMW M2 Is a Game-Changer Now

Certain cars come along that change the performance car landscape and are game-changers. What car will it be in 2016? The BMW M2 Coupe.
Advertisement

Sales of the new BMW M2 have been nothing short of spectacular all over the globe for the Bavarian automaker. They didn’t just hit this one out of the park, they hit a grand slam. It may even be a walk-off grand slam. A rare feat in baseball and the automotive world. The M2 just launched in April and BMW M GmbH already has a winner. Why is it a game-changer this quickly?

What’s going on with the M2 Coupe?

The new M2 Coupe is defying conventional wisdom. BMW M GmbH was hoping a new generation of buyers would respond to the least expensive M model and they have in a big way. Sales for BMW USA dropped 10.3 percent overall for June. It’s a good thing BMW has the 2016 M2 to keep things propped up. Sales of the newest M vehicle from BMW M GmbH along with the 2 Series increased 139.4 percent. By contrast, the new BMW 7 Series increased 69.2 percent, and the BMW X3 increased 69.5 percent.

The M2 is the bright spot for the Bavarian automaker. Ludwig Willisch, President and CEO, BMW of North America says, “The mid-point to the year always brings some uncertainly about what may be ahead in the second half, so I’m very pleased to see several of our key models showing strong results in June. “The X1 and X3 are indicative of the still growing trend toward Sports Activity Vehicles, but the numbers also show that great cars like the BMW 7 Series and 2 Series have a strong appeal and following.”

There’s five reasons why the M2 is a game-changer now. The all-new 2016 BMW M2 defies convention, sets new standards in performance, it ramps up driver engagement, it is affordable for a larger audience and it may even be the greatest of its kind for a generation. The performance sports car is already a game-changer for the brand. It’s breaking with conventional wisdom.

Go to Page 2: How does M2 defy convention?

Convention means normality or whatever's typical. The M2 is far from your typical performance coupe. BMW M GmbH engineers were definitely thinking outside the box when they dreamt up the newest M sports car. They designed a performance machine that was not the norm. They were creative, inventive and the car is unique with its size, power and driving dynamics.

It’s powered by a new, specifically developed, 3.0-liter inline-six engine with BMW TwinPower Turbo technology. It produces a formidable 370hp, enabling an electronically-limited top speed of 155mph. When equipped with the optional seven-speed M DCT gearbox, the M2 can sprint from rest to 62 mph in just 4.3 seconds. A new generation of performance car buyers are snatching the new BMW M2 Coupe up as fast as BMW can produce them. It’s keeping the brand afloat when sales of most other models are down.