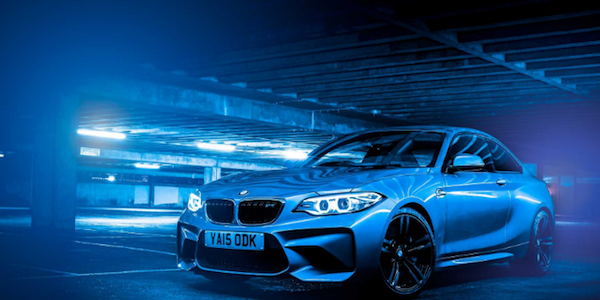 Autocar names BMW M2 as its “Game Changer” in 2016. Why does the newest M machine defy convention?
Advertisement

Certain cars come along that change the performance car landscape and are game-changers. What car in 2016 will be one of them? The BMW M2 Coupe. According to Autocar, the new BMW M2 Coupe is a performance car that will do just that. At their annual Autocar Awards, BMW’s newest M performance machine, the M2 was recognized as a stand-out vehicle and named an Autocar “Game Changer”. What did they say about the new high-performance coupe?

The all-new 2016 BMW Ms defies convention, sets new standards, it’s a great performance car and it may even be the greatest of its kind for a generation. Those are the glowing remarks from Autocar after they made it an Autocar “Game Changer”. Are the comments justifiable?

The greatest of its kind

The award is given to the industry’s high achievers for cars which have set new standards or defied convention. Jim Holder, Editorial Director for Autocar, Pistonheads and Whatcar?, said, “BMW proves that it’s still possible to make great performance saloons in the 21st century, and it (BMW M2) may even be the greatest of its kind for a generation.”

Sales of the new BMW M2 have been nothing short of spectacular all over the globe for the Bavarian automaker. They didn’t just hit this one out of the park, they hit a grand slam. It may even be a walk-off grand slam. A rare feat in baseball and the automotive world. BMW M GmbH has a winner.

PAGE 2: How does M2 defy convention?

Convention means normality or whatever's typical. The M2 is far from your typical performance coupe. BMW M GmbH engineers were definitely thinking outside the box when they dreamt up the newest M sports car. They designed a performance machine that was not the norm. They were creative, inventive and the car is unique with its size, power and driving dynamics.

It’s powered by a new, specifically developed, 3.0-liter inline-six engine with BMW TwinPower Turbo technology. It produces a formidable 370hp, enabling an electronically-limited top speed of 155mph. When equipped with the optional seven-speed M DCT gearbox, the M2 can sprint from rest to 62 mph in just 4.3 seconds.

The new BMW M2 Coupe also features a lightweight aluminum suspension, comes with a manual gearbox with rev-matching technology, a fully variable Active M differential and high performance brakes. These are the qualities that performance enthusiasts are excited about and why it’s a big hit. BMW hit a walk-off grand slam with the M2.