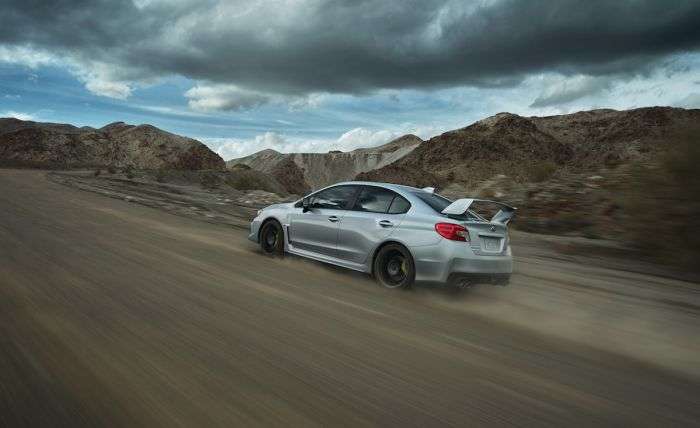 Torque News reported back in April, the 2019 Subaru WRX STI would get Type RA engine upgrades and Subaru announces what we suspected. For 2019, the WRX STI’s 2.5-liter turbo boxer gets a power increase to 310hp with the help of a new air intake and high flow performance exhaust. A retuned ECU and stronger pistons also help increased engine performance in the 2019 STI.

Like the Type RA engine, the torque is unchanged at 290 lb-ft, but the third gear ratio is more aggressive (1.590 instead of 1.521) in the six-speed manual gearbox to take advantage of the increased lower end torque. STI fuel mileage estimates should be the same as the Type RA at 16/22 city/highway mpg and 18 combined mpg.

Also new for 2019, is a new limited production WRX STI Series.Gray model. Subaru will only build 250 of these special STI models. The WRX STI Series.Gray model comes in a Cool Gray Khaki exterior, features unique Crystal Black Silica badging and foldable exterior mirrors as well as 19-inch alloy wheels with a black finish. It also gets a silver finish with black STI logo on the Brembo brakes calipers.

The 2019 Subaru WRX also gets the limited edition Series.Gray model with 750 examples being produced for the US. The Series.Gray is based on the WRX Premium and includes the Performance Package with Ultrasuede-trimmed Recaro seats, 8-way power driver’s seat, JURID front brake pads and moonroof delete. It also adds LED Steering Responsive Headlights, LED fog lights and Keyless Access with Push-Button Start. The Series.Gray WRX is priced at $32,595.