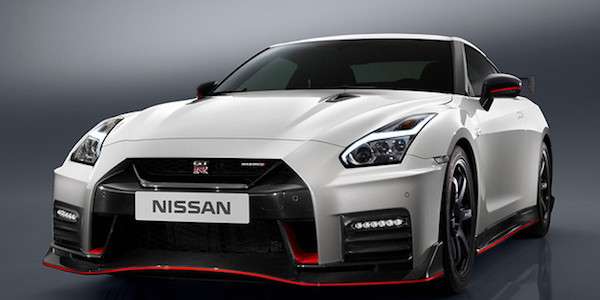 Performance fans will get to see the 2017 Nissan GT-R NISMO supercar for the first time in California.
Advertisement

The 12th annual Japanese Classic Car Show (JCCS) in southern California will be the place the 2017 Nissan GT-R NISMO makes its US debut. It’s never been seen before on US soil. It will be joined by Nissan GT-R GT3 race cars, the 2017 Armada and Nissan heritage vehicles, including the legendary #46 BRE Datsun 510.

The GT-R NISMO is a high-performance car like few others. It will get lots of attention from performance fans as it gets a new front end design, hand-laid carbon fiber body components, and a refreshed interior with special NISMO appointments. The performance of the all-wheel-drive GT-R NISMO has also been upgraded, with revised suspension and increased chassis stiffness, and the hand-crafted twin-turbocharged 3.8-liter V6 produces 600 horsepower.

Another special performance car at the show will be a privately owned modified version of the legendary "Hakosuka" Skyline ("Boxy Skyline”), a tribute GT-R. The first generation GT-R was introduced in 1969, with a DOHC 24-valve 6-cylinder S20 powerplant. The car is a legend with 52 race victories in Japanese touring car competition, in the 1960s and 1970s.

The 2017 Nissan GT-R NISMO makes its first appearance on US soil for performance fans. You can see it at the 12th Annual Japanese Classic Car Show in Long Beach, California September 24 from 9 a.m. to 3 p.m. PDT in the Harry Bridge's Memorial Park at the Queen Mary, in Long Beach, Calif.