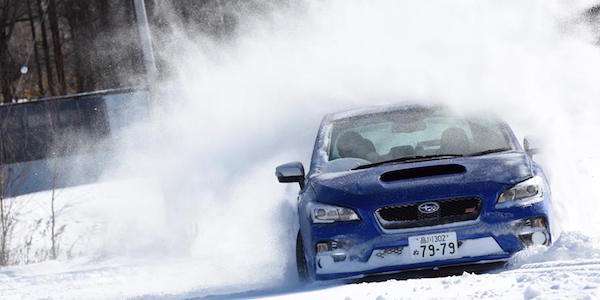 2016 Subaru WRX and WRX STI has best February ever. What’s next for WRX/STI’s evolution?
Advertisement

When Subaru redesigned the WRX and WRX STI for the 2015 model year, the sedans got mixed results with performance enthusiasts. They thought the sports cars didn’t look like the WRX Concept car that was a big hit when it was revealed at the New York Auto Show in 2013. Yet, the 2016 WRX and WRX STI sedans are still setting record sales around the globe. Last month, the WRX/STI set new records again having its best February ever in the U.S.market. In Canada, the performance sedans also had a record-setting February notching up a 39.7 percent increase over the previous year. In Australia, WRX/STI was up 14.8 percent for the month.

WRX Concept is still having an influence

Subaru Performance fans may still get their wish with the WRX/STI getting WRX Concept lines. The man who designed the WRX Concept that impressed performance enthusiasts but never made it to production, is also responsible for the new 2017 Impreza Sedan and 5-Door Concept designs. His name is Mamoru Ishii and he’s Subaru’s chief designer who designed both concepts at Subaru’s studio in Hiroshima, Japan. The bold WRX Concept design is now shaping the brands identity.

The Impreza Concepts show the brands design language for future Subaru models including the WRX/STI. The dramatic WRX concept design lines have made their way to the Impreza Concepts. Subaru listened to fans back in 2013 and will carry the WRX Concept design over to the new generation Impreza. The design will also likely make it to the next-generation Subaru WRX and WRX STI and future Subaru models.

A new design language is coming

Even though fans were disappointed in the new-generation 2016 Subaru WRX and WRX STI exterior design, it’s still setting records every month and keeping sales hot this winter. Will the next-gen WRX/STI get new design language that mirrors the WRX Concept? Stay tuned.