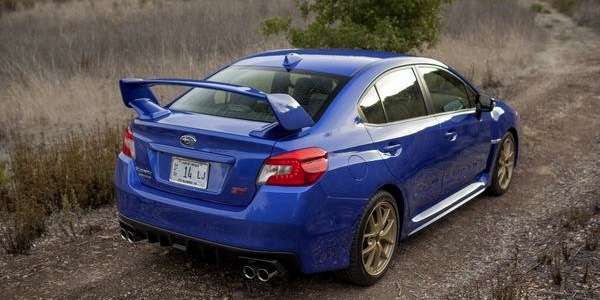 The 2015 Subaru WRX STI Launch Edition is sold out. What does the collector-car insurance company Hagerty say about the future value?
Advertisement

Every performance car enthusiast wishes they could go back in time when you could buy a muscle car or high-performance sports car when they were much cheaper. Some of those cars are worth a small fortune today. Now may be a good time to be looking at future values of performance cars that are coming out today. That’s what collector-car insurance company Hagery does for us. They predict what cars have the potential to become future classics.

Hagerty released their “hot list” of future classics and there are some interesting cars that made the top ten vehicle list this year. One car is the 2015 Subaru WRX STI Launch Edition. You won’t find one on dealer lots unless it’s a pre-owned model because Subaru only produced 1000 of the special edition STIs. The STI Launch Edition paid special homage to the Brand’s rally racing heritage with it’s iconic WR Blue Pearl exterior paint and Gold BBS alloy wheels.

The 1000 examples that made their way to U.S. shores originally sold for $38,190 and Hagery says the Launch Edition is destined to become a classic. Here’s what Hagerty says about the iconic performance car. “With a stiffer body, advanced suspension and a turbocharged Boxer four cylinder, the STI is a factory-built rally car that you can drive off the showroom floor. The smile-inducing acceleration is simply intoxicating, and the very limited release Launch Edition will be loved by collectors and rally fans for years to come.”

What other cars made the Hagert’s hot list of future classics?

If you were one of the 1000 that bought a new 2015 Subaru WRX STI Launch Edition last year, you might want to hold on to it. Collector-car insurance company Hagerty says it’s destined to become a classic.