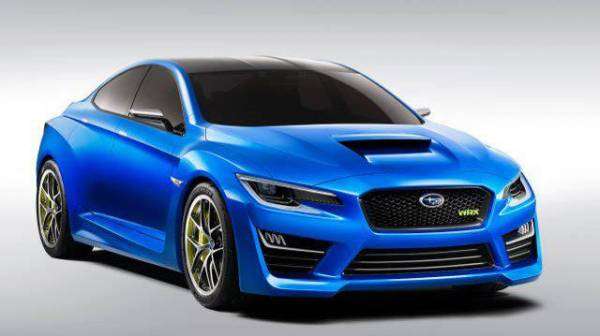 The 2014 Subaru WRX and WRX STI get a small price increase as Subaru announces pricing and options for 2014.
Advertisement

Subaru has just announced pricing on the 2014 WRX and WRX STI and they get a $200 bump in price over the 2013 models. Unfortunately, it doesn't look like we’ll see any changes for the 2014 model year and we'll have to wait until 2015 for the new generation model. Subaru did not give us exterior treatment details and no images were released so plan on virtually no changes to the exterior or powertrain.

The starting MSRP for the WRX is $25,995 and WRX STI starts at $34,495 not including destination ($795). The popular high-performance models have seen their sales increase by nearly 40-percent year-to-date and still remain a good value in the competitive small performance car segment. The WRX and WRX STI both compete with the two-wheel-drive Ford Focus ST, Volkswagen GTI and all-wheel-drive Mitsubishi Lancer Evolution.

The 2014 WRX continues with a 2.5-liter turbocharged/intercooled four-cylinder Boxer engine that pumps out 265-horsepower and 244 lb.-ft. of torque and is mated with a five-speed manual transmission and Subaru’s Symmetrical All-Wheel Drive. Subaru does not offer an automatic on either the WRX or WRX STI. Both come with Subaru’s Symmetrical All-Wheel Drive system and viscous coupling locking center differential for great traction in either wet or dry conditions.

The sporty 2014 WRX ($25,995) comes standard with a sport-tuned suspension, 17-inch alloy wheels and an AM/FM/CD stereo with six speakers, Bluetooth and iPod connectivity. Both WRX and WRX STI will still come in four-door sedan and the five-door models.

WRX STI cranks it up a notch

Subaru did not announce deliver dates for the 2014 WRX and WRX STI models.