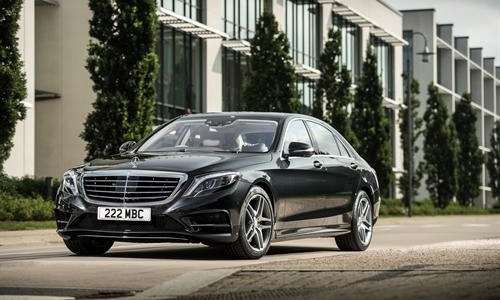 The all-new 2014 Mercedes-Benz S-Class has become one of just eight vehicles to join Autocar’s exclusive club of 5-Star Cars.
Advertisement

The 2014 Mercedes-S-Class may be the best luxury saloon in the world and has joined an exclusive club that many agree with. UK’s Autocar has given the new S-Class sedan it’s 5-Star Car rating after a detailed road test. This isn’t the first S-Class recognition its received around the globe and it probably won’t be the last.

The Autocar road test is among the most detailed and exacting of its kind. They took the Mercedes S-Class out on the road and put the new luxury saloon under intense scrutiny. The Autocar Road Test looked at everything from visibility and new technology, to performance and interior space and noise levels.  After the “intense scrutiny”, the road testers from Autocar were impressed with the S-Class’ attention to detail and remarkable on build quality in their notes.

They described the S-Class as being “state of the art in every way, suave, rich, relaxing and supremely fit for purpose.” Chas Hallett, Editor of Autocar said, “The S-Class is calm, sophisticated and rewarding, it is a technical knockout that redefines what a luxury car should be.”

Mercedes-Benz’s goal while developing the new luxury saloon was to set new benchmarks and make the best car on the planet and it looks like they succeeded. S-Class comes with the most comfort, dynamic and safety technologies fitted to any car. Gary Savage, CEO of Mercedes-Benz UK Limited said, “In the S-Class we knew we had something special, this has been reflected in its popularity here in the UK where it remains the Number One luxury car.  The S-Class really offers the best for both the driver and passengers alike with exciting new technologies and greater levels of luxury, comfort, efficiency and safety than ever before.”

Other 2014 Mercedes-Benz S-Class stories of interest.
These 4 options make Mercedes S-Class the best luxury car on the planet