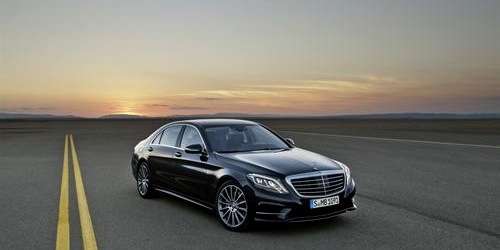 The four awards for the 2014 Mercedes S-Class are impressive, but there are four things that set this luxury sedan apart from the competition. The S-Class is impressive and took home four awards at the Vehicle Dynamics International Awards, 2014. The S-Class was nominated for the awards by both the UK’s Vehicle Dynamics International magazine’s expert readership of chassis and dynamics professionals and by its editorial team.

An international and independent judging panel of automotive journalists voted for the four and six shortlisted finalists in each category and came up with the winners. The panel was made up of 27 judges from 19 countries. The 2014 S-Class won an unprecedented four awards winning 'Car of the Year', Magic Body Control won 'Innovation of the Year', Dr. Hermann Storp, who led the development of the S-Class, won 'Dynamicist of the Year', and the wider Mercedes-Benz Research and Development department won 'Dynamics Team of the Year' too.

Mercedes-Benz’s aim while developing the new luxury saloon was to set new benchmarks and make the best car on the planet and it looks like they succeeded. S-Class comes with the most comfort, dynamic and safety technologies fitted to any car. But four other things set this car apart from all other luxury sedans.

The 2014 Mercedes-Benz S-Class is the most diverse range within the Mercedes-Benz line-up. It comes with more power options than any luxury car in the world. S-Class comes available with a choice of four, six, eight or 12-cylinder engines and three Hybrid models. In the UK, S-Class is the number one luxury car and the new S-300 BlueTEC Hybrid makes its dealer launch this month.

S-300 BlueTEC Hybrid will be powered by a four-cylinder diesel engine and a 27 hp electric motor. Mercedes says the new BlueTEC Hybrid luxury saloon will be capable of returning 61.4 mpg on the European combined cycle while emitting only 120 g/km of CO2. Is it a surprise that the new S-Class is the number one selling luxury sedan in the world?

In its biggest sales market, the U.S., Mercedes has seen particularly great demand for the S-Class sedan in April, whose top models, the S 600 and S 65 AMG, are also available starting this month. The flagship S-Class achieved its seventh month of double-digit year-over-year sales gains with 1,909 units sold in April, up 73.1 percent.

Other 2014 Mercedes-Benz S-Class stories of interest.
Is the 2014 Mercedes S-Class the finest car in the world?