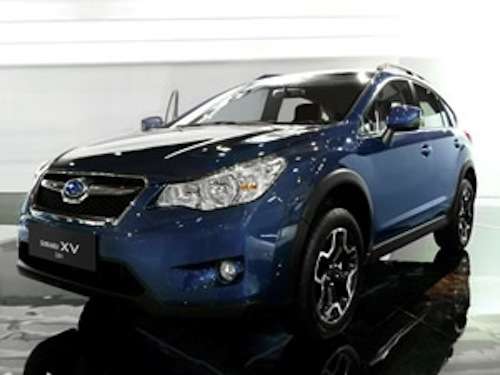 The 2013 Subaru XV Crosstrek is about to be launched worldwide and a pre-production model made its premier in the growing Asian market of Indonesia.
Advertisement

Subaru is about to launch the all-new 2013 XV Crosstrek worldwide and the Japanese company showcased for the first time a pre-production model at the 20th Indonesia International Motor Show. The new crossover from Subaru was assembled in Malaysia at the Tan Chong Motor Assemblies Sdn Bhd (TCMA). Subaru says local production will begin early next year with an initial capacity of 5,000 units a year scheduled for the Asian country.

The launch in Malaysia by Subaru is part of a key initiative of Fuji Heavy Industries to increase capacity around the globe along with Japan and North America. They will use an existing automotive manufacturing facility in Malaysia to produce the new XV Crosstrek which is an automotive assembly company of Tan Chong Group.

The expansion was set out in Subaru’s "Motion-V" mid-term business plan that will see sales expansion in the growing Asian markets. The premiere of the locally-made 2013 Subaru XV at the Indonesia International Motor Show shows the companies progress in the ongoing plan.

The XV Crosstrek is Subaru’s new five-door crossover SUV with a sleek yet muscular design. The car is based on the Subaru Impreza hatchback, but gets an extra 8.7 inches of ground clearance for a “go-anywhere” attitude. It also comes with larger front brakes, a larger fuel tank, 17-inch alloy wheels and special black wheel arch and rocker panel cladding.

When the XV Crosstrek arrives in North America, it will be offered in two models, the Premium model starting at $22,745 and the Limited version starting at $25,245. Both models will be motivated by a 2.0-liter four-cylinder boxer engine producing 148 horsepower and 145 lb. ft. of torque. Either a five-speed manual or a Continuously Variable automatic (CVT) transmission is offered.

Subaru says the 2013 XV Crosstrek will be the most fuel-efficient all-wheel-drive crossover available. The rugged crossover is estimated to get 23/30 city/highway for the manual and 25/33 city/highway for the CVT. The new Crossover SUV offers all-road capability, excellent cargo carrying capacity and good fuel economy.

Concurrently with the unveiling at the 20th Indonesia International Motor Show, Subaru dealers in Indonesia have begun accepting orders for the XV Crosstrek. The Malaysia-made 2013 Subaru XV Crosstrek is also scheduled to go on sale in Malaysia and Thailand.