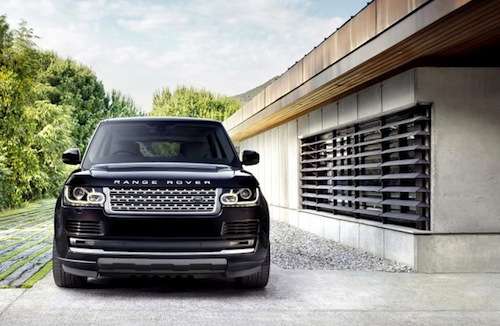 Land Rover revealed the 2013 Range Rover for the very first time in the U.S. and announced pricing on the all-new luxury SUV.
Advertisement

Land Rover took the opportunity to unveil the all-new 2013 Range Rover in the U.S. in a posh New York City suburb. The new luxury model was revealed to a few select U.S. customers at the 30,000 square-foot home on the former Frick estate in a New York City suburb in Alpine, New Jersey. They used the reveal to also announce pricing on the fourth generation SUV.

The all new 2013 Range Rover will have a MSRP starting price of $83,500 including destination and will go up to $130,950 for the Autobiography. The first glimpse of the highly capable SUV for the “individually selected loyal customers”, was made by the Range Rover traversing a rocky angled path to enter the backyard gardens of the huge Stone Mansion.

The all-new 2013 Range Rover is the fourth generation in the Range Rover line and will try to maintain its position as the world’s finest luxury SUV. The 2013 model has been redesigned from the ground up with a new lightweight body, a new chassis structure and new refinements to the interior. It also comes with enhanced all-terrain performance with the introduction of a new fully automatic Land Rover “Terrain Response 2” system. The new aluminum lightweight body is 700 pounds lighter than the outgoing model and delivers improved performance and fuel economy.

The all-new 2013 Range Rover will be introduced in 170 markets worldwide and arrive in North American showrooms this winter.

Clich here for complete details on the 2013 Range Rover: In a class of its own

Tesla Contemplates A New Strategy for China Retail even As Sales Boom
Jay Leno on Elon Musk & EVs: “I Think He Should Get ... Credit"
END_OF_DOCUMENT_TOKEN_TO_BE_REPLACED