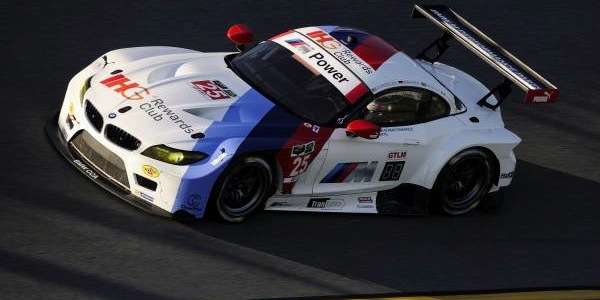 Do you know what iconic car started it all for BMW 40 years ago in North America?
Advertisement

2015 marks the 40th anniversary of BMW in North America and the German automaker will celebrate by honoring the iconic BMW 3.0 CSL race car that started it all here in the U.S. BMW Team RLL begins its seventh consecutive season of sports car racing competition at this weekend’s 53rd annual Rolex 24 at Daytona. This race is extra special as the competition marks the 40th anniversary of BMW’s first race in the U.S. BMW Team RLL will compete with the numbers 24 and 25 on its two BMW Z4 GTLM machines in honor of the iconic BMW 3.0 CSL racing cars that debuted at the same race four decades ago.

BMW had a clear vision

When BMW of North America was founded in 1975, they only offered 4 models and sold around 19,000 cars. BMW had a clear vision to establish their performance and engineering reputation in the U.S. and set themselves apart as having the “Ultimate Driving Machine.” To grow the brand in this new North American market, BMW knew they had to get more visibility, so they decided to go racing.

In January 1975, BMW entered the challenging IMSA GT endurance series, which included the 24 hours of Daytona and the 12 hours of Sebring, with a very clear mission: To win races and show the U.S. competitors that BMW was the car to beat. The 1975 3.0 CSL was the first BMW to win an American race.

Ludwig Willisch, Chairman and CEO of BMW of North America, LLC at NAIAS said, “Forty years ago, while BMW of North America was still in its infancy, BMW’s first national marketing program in the United States was to go racing. BMW Motorsport introduced two BMW 3.0 CSL racing cars in North America for the 1975 IMSA season at the 24 Hours of Daytona. Those cars became legends and laid the foundation for the success BMW has enjoyed in the past four decades, where today we are the number-one luxury brand.”

BMW continues to be involved in U.S. motorsports and helps the brand promote the same philosophy that remains a cornerstone of BMW's success in the U.S. today. 2015 is the third season of competition for the BMW Z4 GTLM and this year two new chassis have been constructed and tested extensively at two pre-season tests at the Daytona International Speedway.

BMW should be very competitive in the Z4 GTLM cars this season. Jens Klingmann and Graham Rahal will join John Edwards and Lucas Luhr in the No. 24 BMW Z4 GTLM. Edwards and Luhr will drive the car for the season. With the addition of the experienced Luhr, BMW Team RLL retains two of the top-three drivers on the all-time North American sports car racing victories list. Luhr stands third with 51 victories and Bill Auberlen second with 53 wins. Both are chasing Scott Pruett, with 59 wins.

The 53rd Rolex 24 at Daytona starts at 2:10 p.m. this Saturday and BMW brings two Z4s to the grueling race. The first two hours of coverage begin at 2 p.m. ET. and will be aired of FOX. Altogether, 15.5 hours will be broadcast on FOX Sports platforms. From 10 p.m. to 7 a.m. the race will be streamed live on IMSA.com.