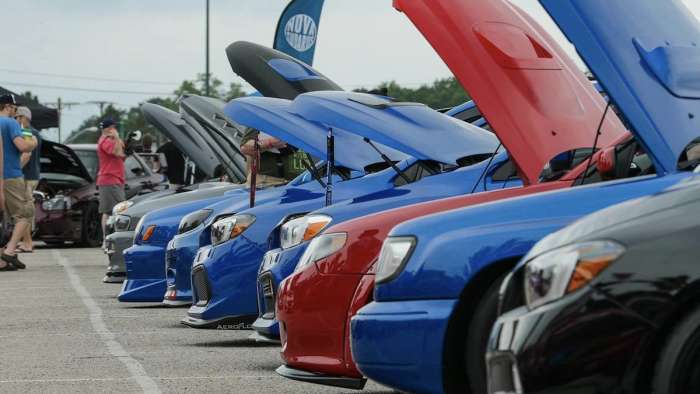 The 2021 Subaru WRX and WRX STI arrive next spring and the sports cars are in the news again. Check out the ten car models with the most DUIs.
Advertisement

According to the National Highway Traffic Safety Administration (NHTSA), nearly one in five people killed in alcohol-related accidents involved a driver with a blood alcohol concentration (BAC) under the legal limit of 0.08. So driving with a lower BAC can also be deadly. 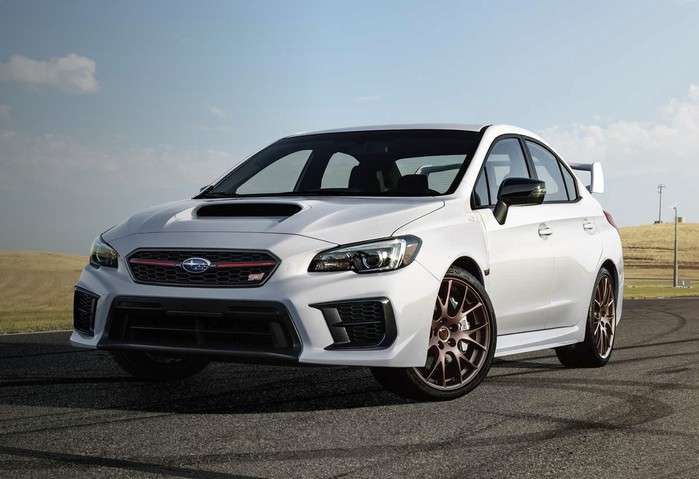 What's up with Subaru WRX and WRX STI drivers? In other Insurify studies, WRX and STI drivers make several other top-10 lists. The performance cars are also car models with the most speeding tickets, the fourth-rudest drivers, and the third-most accident-prone car model.

The ten car models with the most DUIs

From the cars with the most DUIs, here is the list compiled by Insurify, and trucks have six models on the list. The RAM 2500 has the most drivers with a DUI citation. The next car is another pickup, the Chevrolet S-10. Next on the list are the BMW 4-Series, Audi A4, Dodge Dakota, Subaru WRX and WRX STI, BMW 7-Series, Ford Ranger, Chevrolet Silverado, and GMC Sierra. 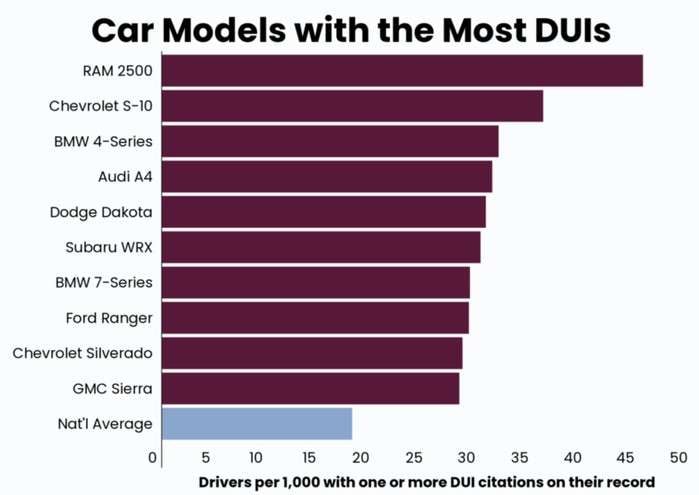 What are the cars with the lowest DUIs?

According to Insurify, the top three cars with the least DUIs are the Toyota RAV4 compact SUV, the Hyundai Santa Fe SUV, and the Toyota Sienna minivan.

Insurify doesn't tell us which WRX model years have the most DUIs, and they don't split out the WRX from the STI. The sport-tuned 2021 Subaru WRX is the milder model with 268 horsepower, and the 2021 Subaru WRX STI comes with 310 horsepower. You won't find many older models that haven't been modified and have much more horsepower.

The 2021 Subaru WRX and 2021 Subaru WRX STI are the last models before the sports cars get a complete redesign. Reports say the performance sedans will get more horsepower for the 2022 model change. We will check back next year to see if the two sports cars move up on the most DUIs rankings.

Compton wrote on December 17, 2020 - 1:12pm Permalink
WRX must make good headlines, seeing as it's will below what is actually the top vehicle for DUIs. Presenting data like this is unethical and immoral.
Nedragr wrote on December 17, 2020 - 3:25pm Permalink
Squids did the same thing to the sport bike scene. I've been riding for better than 40 years and have never been so profiled.
Paul Richard Stabin wrote on December 18, 2020 - 9:51pm Permalink
Some people in pickups drink and drive? Say it isn't so. But Subaru WRX and STI up there? Didn't expect that. Usually enthusiast drivers take driving seriously, and avoid DUI behavior. Speeding, duh. So the next gen Subie halo cars will produce...faster drunks. Great.