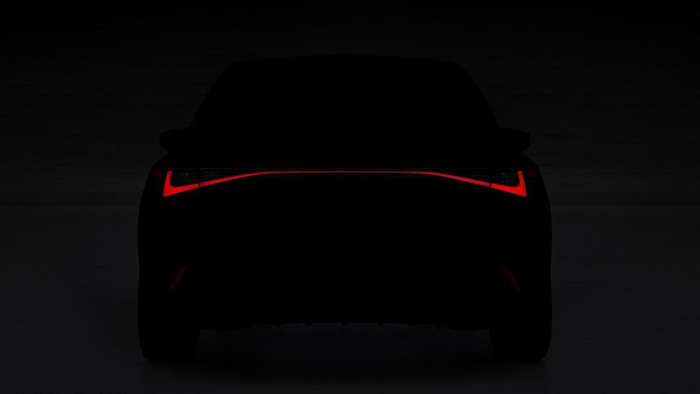 Will Lexus Shoot For Number One Tesla or Number Two Genesis With All-New 2021 IS 350 Sports Sedan?

Lexus launches its 2021 IS sports sedan tonight. Will it be trying to lead the segment or catch the number two vehicle in the segment.
Advertisement

The following story may contain opinions based on actual vehicle testing and ownership. Be forewarned:

Tonight at 7pm, Lexus will launch its all-new 2021 IS 350 Sports sedan. The IS has grown quite long in the tooth and has gone from being a comparison winner in the segment to an also-ran in terms of sales and performance. What we wonder as vehicle testers, industry watchers and buyers of IS 350 cars is this; Will Lexus shoot for the top positioning the segment, or will it skip that and just try to unseat the number two car in the class?

The Model 3 is also the performance leader. It is faster in a sprint than anything else in the segment even close to its price point. Model 3 Performance trims can run the quarter-mile in under 12 seconds. The quickest Model 3 runs from 0-60 MPH in about 3.5 seconds. Speed matters when a car is a sports sedan. Otherwise, go buy a Civic Si or Type R and save a ton of money.

The Model 3 also has a lot of other advantages that every Tesla EVangelist will tell you until you are able to escape. It is electric, of course. Electricity is the future and present of performance. The Model 3 is also so much more modern in terms of its electronics it is hard to compare it to conventional cars. The Model 3 is wireless Android Auto compatibility from perfect.

Second Best In Class
Coincidental to the normal testing were do at Torque News, I was able to test every top-selling sports sean in American in the last quarter of 2019. The Genesis G70 is by far the best non-Tesla in the segment. Its engine is fantastic. Transmission fantastic, the drive experience fantastic, and it has the best ownership package of included maintenance, warranty and dealer service of any vehicle in the segment. It also has the top quality scores in JD Power tests. The G70 is the clear second-best car in this segment. We felt it topped the more expensive BMW 3 Series in nearly every possible way.

As the prior owner of an IS 350C, I feel I know the segment, and I know what the segment's top-sellers offer from first-hand testing on track and on public roads. The only unknown really is whether Lexus will be shooting for the top spot tonight, or if it hopes to match what Genesis has produced. What is your best guess?

John Goreham is not just a dreamer when it comes to IS sports sedans. He owned the predecessor to the IS, the Toyota Supra. He also owned an IS 350C. He has tracked every performance variant of the Lexus IS line, including the IS F. John's a life-long car nut and recovering engineer. In 2008 he retired from a career in semiconductor manufacturing and Bio-tech to chase his dream of being an auto writer. In addition to Torque News, John's work has appeared in print in dozens of American newspapers and he provides reviews to many vehicle shopping sites. You can follow John on Twitter, and view his credentials at Linkedin

DeanMcManis wrote on June 16, 2020 - 1:21am Permalink
Well I have to say that the reveal was anti-climactic. The new IS350 looks good, but the current IS350 also looks good (as did the past generation), but unless you are a big Lexus fan you would be hard pressed to spot the differences if the new 2021 model drove past you on the street. The engine and transmission offerings are carryover from the current models. Apparently the biggest improvements to this new model are under the newly creased skin, with body stiffness improved and weight lowered (which is tough to pull off together). Still, with auto sales down, and many discounts being offered, a Lexus IS fan would probably feel more rewarded getting a killer deal on a discounted current or used model, than to wait for the 2021 IS350.